There’s a series of hilarious videos from ignorantly superstitious conspiracy theorists declaring all metal bands to be a part of a satanic, Illuminati cult…. And yes, they’re being dead serious. Stupid people at their finest. 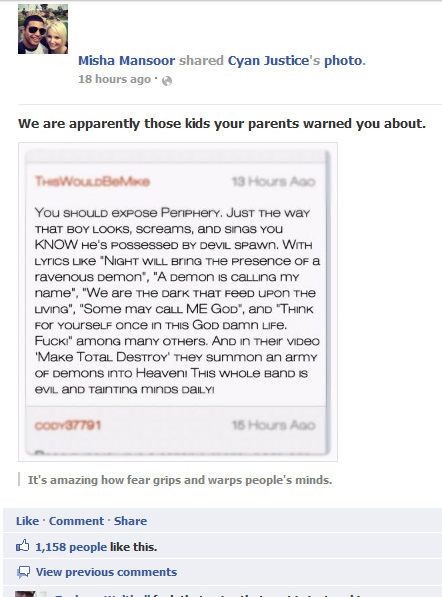