California’s hard hitting Aristeia have officially announced their upcoming album “Demoralization of the Luminary”. It’s slated to be released this spring via Right Of Passage / Mediaskare Records. They just unveiled the official artwork and rumor has it much more is on the way. Starting with the release a brand new song sometime this week! Stay tuned for that and more. In the meantime check out the artwork along with the band’s latest track, “Lethal Devotion”, featuring Gus and Diego Farias of their fellow Californian band Volumes.

The band also had a question for their public, “D.O.T.L will NOT be having any songs from “The Era of Omnipotent” but it will include two songs from Condemned to Exile’s EP! Now, Heres the question! Would you guys like for us to not only re-mix “Era of the Omnipotent” but re-record the whole EP? So we can re-release it physically with some top notch recordings maybe before the year ends!? Let us know what you think!!!!”

Let them know what you think and start getting ready for Spring! If Aristeia’s work so far is any indication, this record should be impressive.

Aristeia have released the title track and first single “Demoralization of the Luminary”. Let’s just say it’s good to have these guys back. 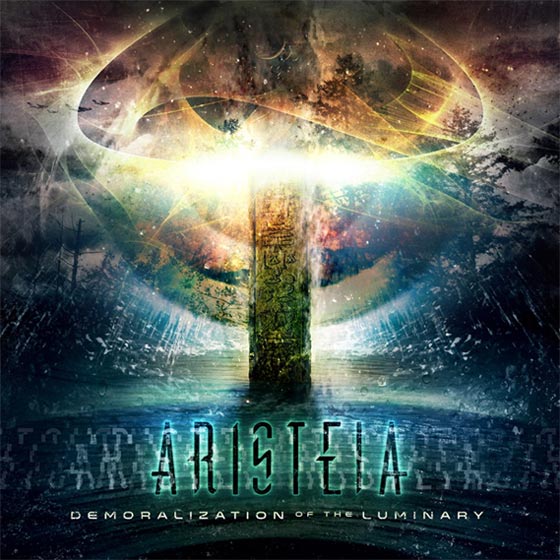