Slayer is devastated to inform that their bandmate and brother, Jeff Hanneman, passed away at about 11AM this morning near his Southern California home. Hanneman was in an area hospital when he suffered liver failure. He is survived by his wife Kathy, his sister Kathy and his brothers Michael and Larry, and will be sorely missed.

This week metal lost one of its champions… 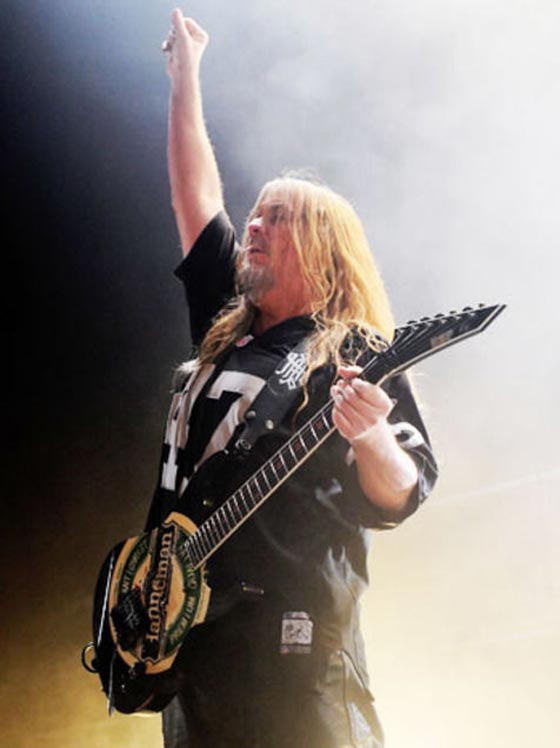 See More: Slayer, Thrash Metal
« THE FACELESS EXPAND THEIR CANADIAN TOUR
AFTER THE BURIAL “THIS LIFE IS ALL WE HAVE” EP REVIEW »