THE FACELESS EXPAND THEIR CANADIAN TOUR

Apparently, The Faceless made their Canadian tour not entirely in Canada. More tour dates were announced for their tour with Withing The Ruins, Rings of Saturn, and Today I Caught The Plague. Dates in Poughkeepsie, NY and Worchester, MA join the primarily Canadian tour. But hey, that’s great news for fans in the states.

The Faceless is currently on tour with The Dillinger Escape Plan until June 1st which is a huge accomplishment. Next is this headliner in Canada/two dates in the US. The band honestly is one of the heavier bands to live on Sumerian Records’ roster and hopefully they’ll be around for some time. Below is the tour poster with dates so be sure to try and catch this brutal tour! 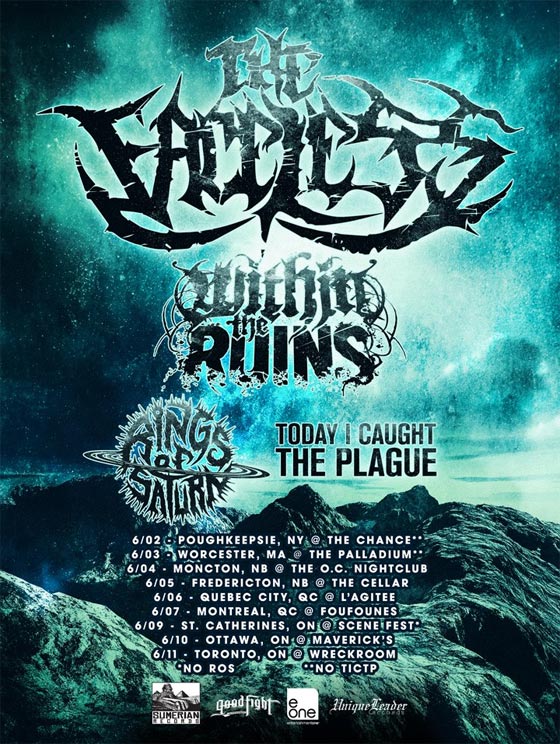