Time to get fast and heavy! The Bridal Procession deliver some fierce, technical death metal with notable progressive elements.

The band was formed in Paris back in 2008. In just under one year of existence they got to tour Europe with famed United States acts such as Ligeia and Salt In The Wound, when all members averaged 16-19 years old! In 2009 they started recording their album with Alexander Dietz of Heaven Shall Burn, while mixing was handled by Tim Lambesis of As I Lay Dying and Daniel Castleman at Lambesis Studios. Later in 2010 they were signed by British extreme metal label Siege Of Amida Records and released “Astronomical Dimensions” in February 2011. Since then, they’ve been working hard on their new album and have toured with bands like As I Lay Dying, Emmure, All Shall Perish, The Black Dahlia Murder, and Caliban.

They just released their new work called “Descent Into Arcologies”. It is a merciless and hard-hitting death metal assault. It comes with sick artwork and has been made available for streaming in its entirety on YouTube! The new album features some cool cameos as well, with Aaron Matts of Betraying The Martyrs, Ben Trodjmann of Decades Of Despair and Nick Arthur of Molotov Solution.

This is a worthwhile release for all the fans of crazy music out there. Stream the album below and go show these guys some love if you like what you hear. 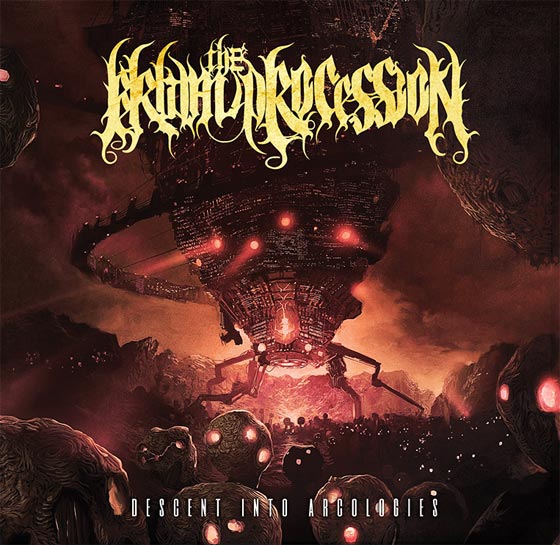