Noctum is just days away from the release of their highly anticipated album “Final Sacrifice” (October 29th via Metal Blade Records). “Final Sacrifice” is a fictional horror story where each song communicates a portion of the overall narrative. With that in mind Bloody-Disgusting, the online home for all things horror, is hosting an exclusive full album stream of “Final Sacrifice”. Accompanying the album’s premiere, members of the band have taken each song and dissected them providing their own narrative on the tracks and how they were influenced by and could relate to classic horror films. Listen to the stream, which will only be up through this Monday and check out the bands track-by-track breakdown HERE.

“Final Sacrifice” is available for pre-order here. The album is available as a standard CD as well as in an exclusive bundle package with a limited edition T-Shirt. A lyric video featuring live footage captured by Johan Bengtsson for the song “Temple of the Living Dead” can be viewed below.

“Final Sacrifice” is an analog piece of art in both audio and visual aspects. The artwork and track listing have been revealed. The cover art was painted by Timo Ketola (Sunn o))), Arktau Eos) and fits perfectly with the album’s raw, natural sound.

Noctum’s search for original and interesting material led them to a heavier and darker sound then their first release. The progression came very naturally for the band and differs from the typical 70’s vibe.

“Final Sacrifice” evokes heaviness and emotion one might not expect from a “retro” sounding band.

8. Temple of the Living Dead 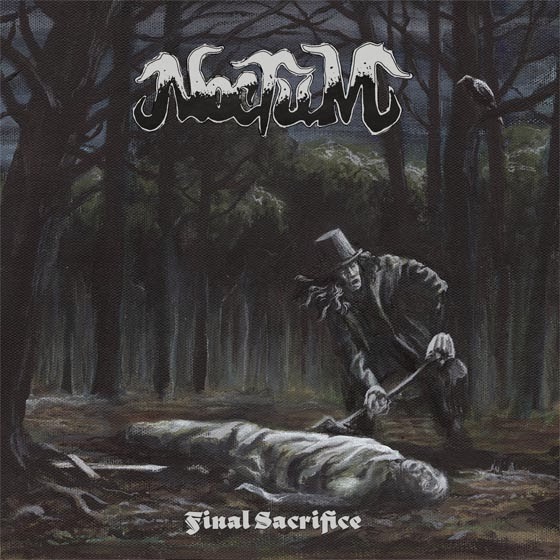