FOR TODAY’S “FIGHT THE SILENCE” NOW AVAILABLE FOR STREAMING 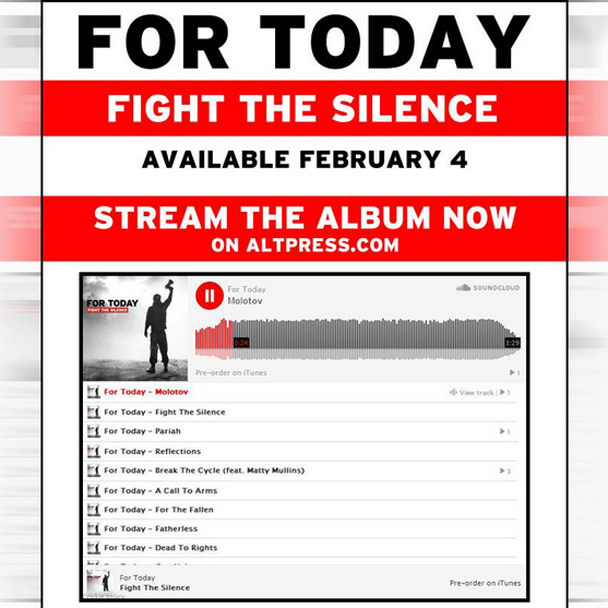 With just four days left until the release of For Today’s fifth studio album “Fight The Silence”, Alternative Press has announced that starting today (1/31/14) they have the full album available for stream for your listening enjoyment. Click here to peep the album for yourself!

“Fight The Silence”  will be released on Feb. 4th via Razor & Tie and comes complete with twelve tracks that deliver monstrous breakdown after monstrous breakdown. This album bangs and packs so much punch that your grandma will arise out of her chair only to open up her surroundings with windmills and spin kicks. \m/

Pre-order “Fight The Silence” now via iTunes or MerchNow

Be sure to check out For Today’s new album and be on the lookout for them on the “Fight The Silence Tour” coming to you all across North America.

Fight The Silence Tour
featuring For Today w/
Like Moths To Flames, Stray From The Path,
The Plot In You, & Fit For A King