In an attempt to promote their new album, "The World Is My Enemy Now", Upon A Burning Body vocalist Danny Leal was reported as "missing". The following was stated.

Breaking News: Danny Leal (singer of Upon A Burning Body) has been reported missing. He was last seen in his home town of San Antonio TX on Monday, June 30th.

Several moves were made via social networks prior to the stunt as Danny stated that, "This same sketchy car has been driving past my house over and over for the past 3 days straight." and "Wide awake now… I could've sworn I heard someone in my house!!!!!".

When it was uncovered as a hoax, Sumerian Records owner Ash Avildsen (the man responsible for signing the band) was none too happy. He ripped into the band with the following statement.

I woke up to a ton of missed calls and just saw all this stuff about Danny Leal of UABB posing as that he’s been abducted or kidnapped. My phone hasn’t stopped ringing since. As a child, we all learn the story “The Boy Who Cried Wolf” and it sticks within our consciousness for a reason. I do not condone this type of publicity stunt. This was done behind my back and I am not OK with it. In my eyes, there’s never a time to use the possibility of real-life abduction, injury or murder of someone you care about to promote anything, especially an album. If you need to resort to that, then you have lost the plot. We as a society should have evolved past that way of thinking by now and especially within the rock/metal community, given all the tragedy that has happened in our world over the past few years. There are some people who owe us an apology.

The future of their working relationship remains unclear. This is especially true considering the band just released the following song with the following lyrics, literally ten minutes before this segment was written. Though curiously enough, the song was released through the Sumerian Records YouTube account. So who knows? Maybe this whole thing is just a publicity stunt. Guess we'll see what happens. Regardless, the band plan to release "The World Is My Enemy Now" on August 12th. 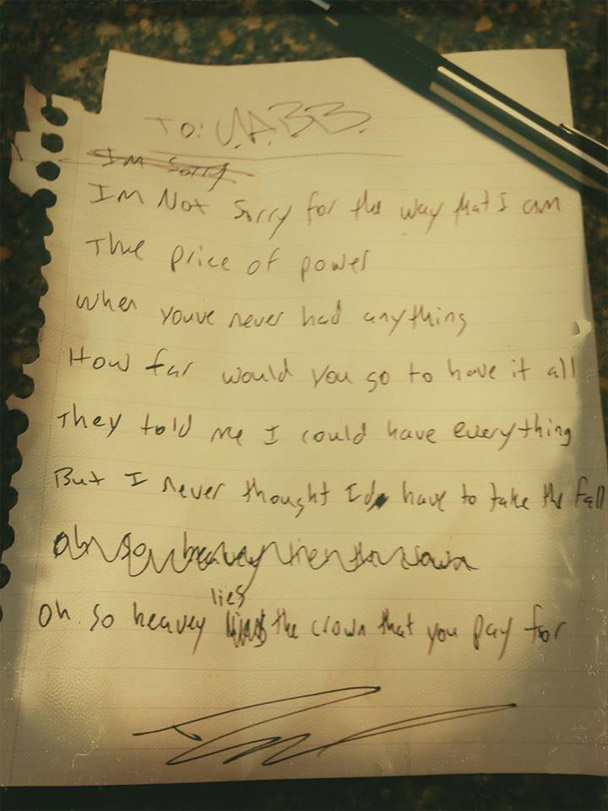