Blut Aus Nord, is by now a black metal legend. Formed in 1994 as a solo project by Vindsval (current vocalist and guitarist), this avant-garde black metal band released their 10th studio album in 2012, “777 – Cosmophony” the third episode of their “777″ trilogy. It was anticipated by two more releases in 2011, “Sect(s)” and “The Desantification”. Give those incredible albums a listen if you haven’t already.

Now is the time for anticipation to build. Blut Aus Nord are currently preparing the release of their next conquest. “Memoria Vetusta III – Saturnian Poetry” is set for an October 10th release. In addition to this news, the beautiful artwork by Kristian “Necrolord” Wahlin (Mercyful Fate, Emperor, Bathory, At The Gates, Wintersun, etc). They’ve also unveiled the full tracklisting.

Stay tuned for much more where that came from! 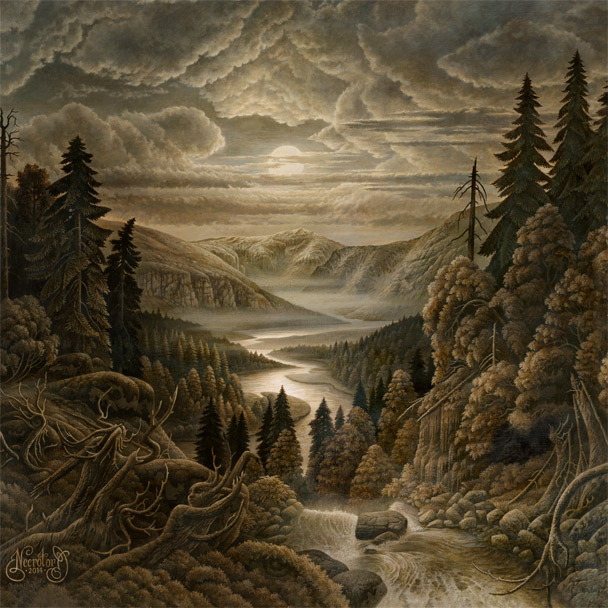