JOB FOR A COWBOY “SUN OF NIHILITY” SINGLE REVIEW

Job for a Cowboy have been a band I can always rely on to release a great death metal record. The Doom EP really brought the band to everyone’s attention, especially with the track “Entombment of a Machine” but what really cemented their position as a Death Metal band was the full-length album Genesis. This album set the bar for them and every release has met this bar with ease. This new song, “Sun of Nihility”, is no exception.

The song takes a departure from the bands core style of straight up, pounding death metal and seems to be trying to create a more ambient and eerie atmosphere that’s more akin to the progressive metal genre. It’s sound can be likened to previous tracks such as “The Divine Falsehood” from “Genesis and “Tarnished Gluttony” from “Demonocracy” but has something new about it. It includes a groove more likely heard from progressive metal bands and this is something that JFAC have pulled off to perfection.

JFAC have always progressed with their style, changing it every album but this jump to a groovier, more ambient sound is their biggest leap so far. The use of fretless bass and a clearer idea of what they want from their songs really changes the entire sound of the band into this new prog-death sound. The bass is slipping and sliding all the way through the track kicking through the drums, guitars and vocals to be, for me, the stand out instrument of the track. It’s one of the only times I’ve had my ears on the bass guitar all the way through a JFAC song and there is no doubt that Nick Schendzielos is really stepping up to the plate with his bass and song writing proficiency. It’s not just fretless bass for the sake of being different or ‘cool’. It’s done with great precision and has had a lot of thought behind it.

Tony Sannicandro is really pulling out all the stops on this track with his solo that is some of his best work to date. Not forgetting the rhythms heard throughout the track that really are breaths of fresh air not just for Job For a Cowboys style but the death metal genre as a whole. Jonny Davy also provides his kick ass screams and deathly growls making this a real 10/10 track for the band.

Job For a Cowboy really have come along way with this track making their biggest mark in the prog world yet. Here’s hoping the album follows this new direction, which we will be able to hear in full November 11th. 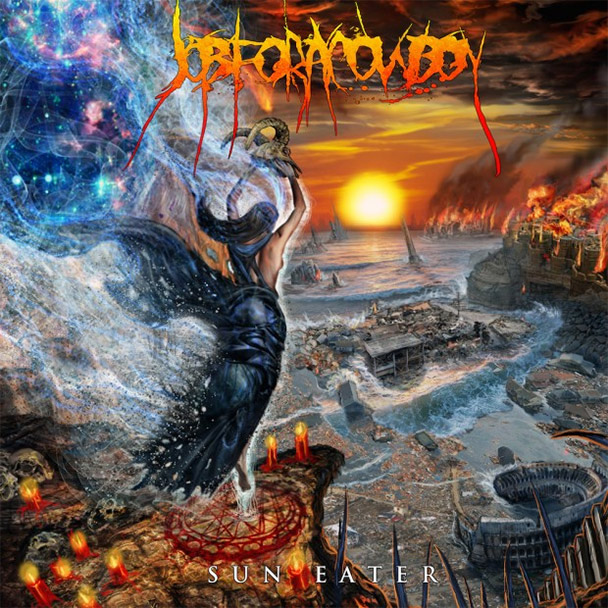