Home Categories Bands To Watch Out For

THE ARCANE HATE INTERVIEW – BANDS TO WATCH OUT FOR 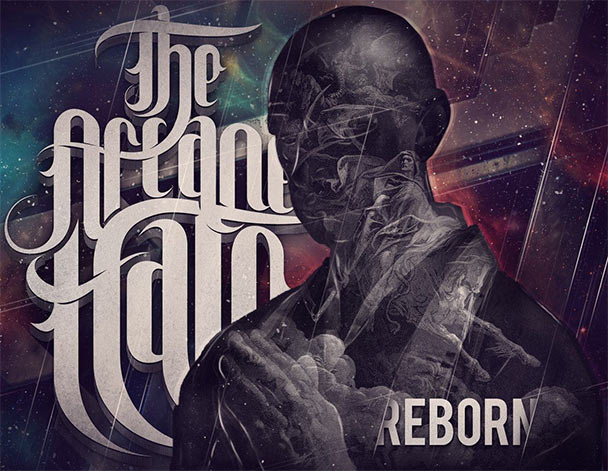 The Arcane Hate is an upcoming band from Mexico fueled by heavy music and dreams. High level of energy and commitment shows in just about everything they set out to do. We have a firm respect for this at The Circle Pit. Here's our interview with the band.

TCP – Who are you guys and where do you come from?

TAH – We are The Arcane Hate, a Mexican groove metal band formed in the city of Queretaro in late 2012, by five guys who want to have fun. We write our own story, doing the things that we want and making music that can satisfy our emotions and goals.

TCP – Is there a story behind the band name – The Arcane Hate?

TAH – Well, the main idea of the name is to reflect something deep and mysterious. The term “arcane” means kind of “secret” or “unrevealed”; and the “hate” is a feeling of the human being that is there. But at the same time it is “abstract”. I mean, at some point, it is hard to describe. It´s something that emerges for one reason. That reason is the one that we have to find.

TCP – Can you tell us about your music? Where are you now and where do you plan on going with it?

TAH – Soon, we are to release our full first E.P. production called “Reborn”. It will consist of five songs with an energetic and melodic sound that maybe can inspire people to live their lives to the fullest, take off their blindfolds, and fight for their dreams without surrender. About plans, we are scheduling some tours for next year.

TCP – So there's a story behind the upcoming EP “Reborn”?

TAH – Yes, precisely, the name “Reborn” came with the purpose to describe the band´s story. We have had some changes in these two years. We initiated well, but later some members left the band, and that caused a lot of delays in our plans.

It has been a bit hard to find stability. At some point of time, we got frustrated and we almost to ended the band because things were not working. Fortunately, we found new people with the same goals as ours. So they joined us and it was like starting again. The band was finally heading the right way.

TCP – You guys have a really tight, cohesive sound. How much do you practice together as a band?

TAH – Thanks for that dude. We try to do our best. We rehearse like three times in a week, but every day we talk and we are looking for new ideas to improve the band in every aspect.

TCP – Where all have you guys toured? Any favorite shows?

TAH – To be honest, the band has played very little precisely because of those delays mentioned previously. But in 2013 we got our first touring experience; we traveled like 10 cities in the south side part of the country (Mexico) and was cool because people there started to know about us.

This year, 2014, the band finally became complete. But we played less because we were focused to record our music, we released three music videos, and by the end of the year our full E.P. will be available for free. Next year, we are expecting to play more shows and not only in our country.

TCP – What’s the craziest thing that has happened to you on tour?

TAH – I lost my iPhone because I slept in the middle of the beach at 4 am. I think that some wave took it *laughs*. Also, at the beach, we met a guy called “El Petunia” that was crying every day. I don´t know for what reason, but we told him to be happy because YOLO.

TCP – If you could tour with any bands in the world, who would you choose?

TAH – Damn, there are a lot of awesome bands that every guy in the world would love to tour with – Slipknot, Messuggah, Deftones, Behemoth, Lamb of God, a fucking lot!

TAH – Yeah! Specially our guitarist Angel, and the bassist Edgar. They sometimes both arrive drunk to the rehearsal room *laughs*.

TCP – If you could party with anybody in the world, who would it be?

TAH – Maybe it will be cool to party with Paris Hilton, Lindsay Lohan, and Kim Kardashian.

TCP – How do you guys feel about the Mexican metal underground?

TAH – Day by day it's growing. Nowadays, there are great bands here that worry more about doing things better – they record songs in high quality, make music videos, and tour other countries. Mexicans are leaving that stupid idea that we are less than others.

TCP – You guys are an independent band. If you could sign with any label, who would you choose?

TAH – With anyone who trusts in our work. But of course Sumerian Records might be cool!

TAH – Thanks a lot to my friends at The Circle Pit for this interview. It is very important for us that people in other places begins to know about our work. We are betting all to this project. We are expecting good things for the band, but we are conscientious that we have to work hard for getting that.