Melechesh, the Amsterdam based, Israel formed, Armenian Blackened Death Metal Gods are back with a new full length album. And its about bloody time! Their last release was the EP, Mystics of the Pillar which they let fly in 2012 but to find their last LP, you have to look all the way back to 2010 and The Epigenesis.

During their time away the band have gone through a modicum of line-up flux. I say "a little" but Melechesh have the most labyrinthine member history of any band in metal. To provide details of who has left, joined, re-joined, forsworn, left-again and joined only as a studio session player, would take me about 8 years, 30 packets of aspirin and half a crate of whisky.

But thankfully their ever vacillating line up has not stopped them from producing one deliciously malevolent record. Featuring guest appearances from Max Cavalera, Rob Caggiano of Volbeat and Rotting Christ frontman Sakis Tolis, its as bleak as you could want and twice as fucking heavy.

Enjoy, before they add, subtract or divide the line up some more. 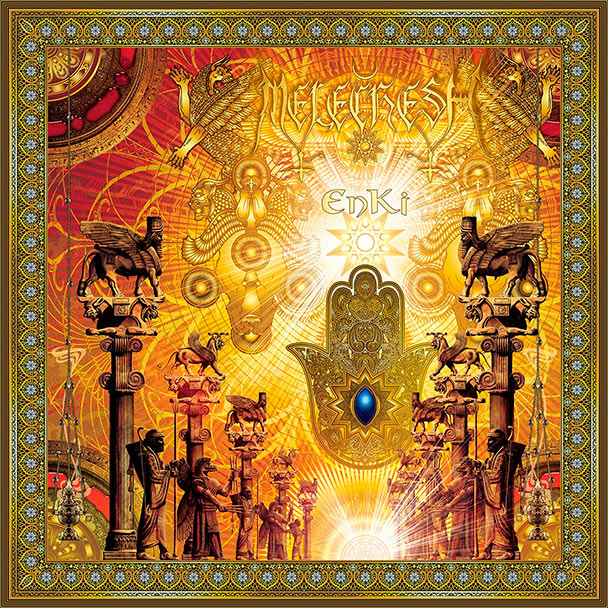