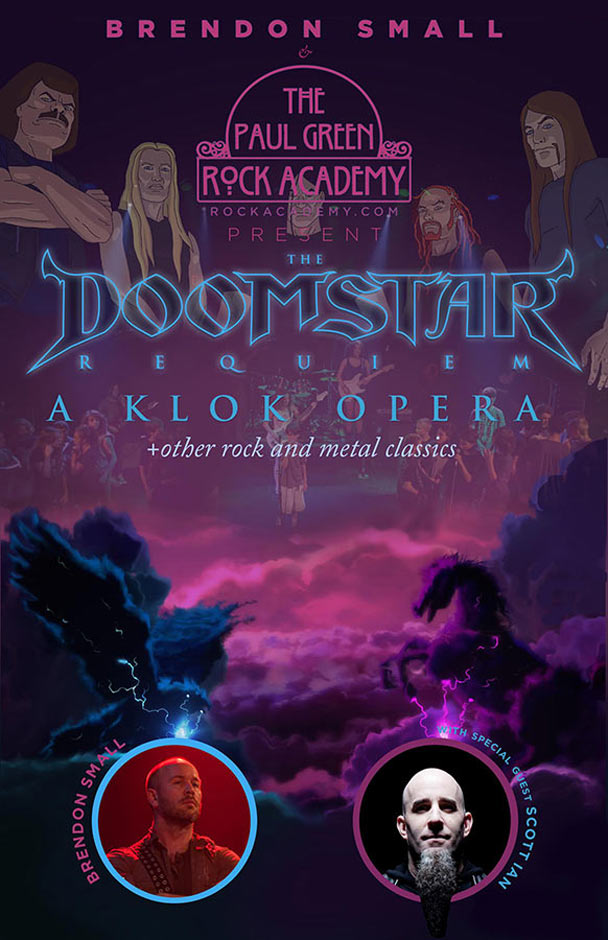 It appears as if Brendon Small and Anthrax’s Scott Ian will bring “The Doomstar Requiem: A Klok Opera” to the stage for a live performance this Summer. Additionally, they’ll be joined by a number of young musicians from The Paul Green Rock Academy. Dethklok will be there in glorious cartoon spirit. Alongside the “A Klok Opera”, a few Anthrax songs will alsobe brought into the fold.

This will be occurring in Kingston, New York at a venue known as the BSP. Tickets are now available RIGHT HERE. Better yet, they’re not very expensive.

And just because, here are some clips from “The Doomstar Requiem: A Klok Opera” including the full event which is available for purchase via Adult Swim on YouTube. Hope you’re all having a good day \m/