There have been some pretty awesome music videos of late. Now, you can add the one and only Obituary to that list. They just put out an animated video for their track “Violence” in support of their latest, grizzly album “Inked In Blood”. You can find the official press release along with the video down below:

Death metal legends Obituary have released an animated music video for the track “Violence” from their most recent album Inked In Blood. The video, which was animated and directed by Balázs Gróf, can be viewed via YouTube here:

“We had a blast creating the idea for the video and to watch Balázs animate us was a very cool experience. In the world of modern technology it is easy to shoot a music video with a camera crew and high-tech video equipment but we wanted something different. Something we hope the fans enjoy and understand that Obituary, though we are the godfathers of Florida death metal, don’t take themselves too seriously and enjoy having fun. This cartoon is a perfect example of what kind of people we are. Not afraid to kick ass on stage but also not afraid to laugh at ourselves. We know that music is created for fans to enjoy and get away in their mind from the real world for just a few moments at a time and this video we hope makes them smile and laugh with us and at us.” 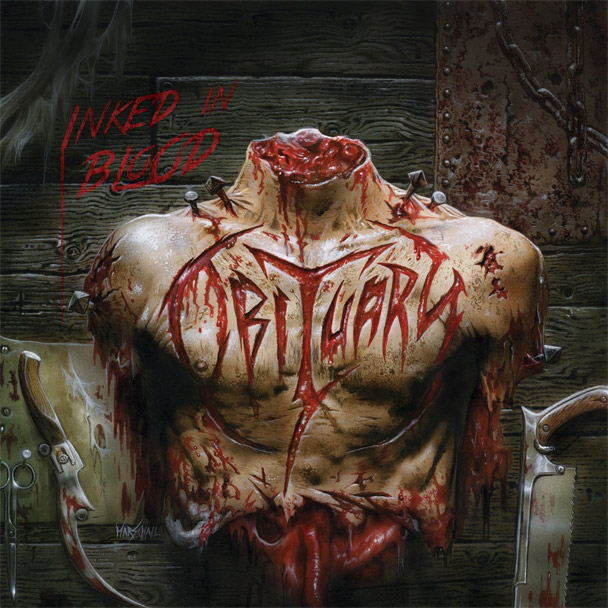