As of this new album cycle, Soilwork is joined by new bassist Markus Wibom, formerly of Helsingborg hardcore group Hearts Alive. Wibom replaces longtime band member Ola Flink, who has amicably left the group to focus on other endeavors. Wibom has been a personal friend of the band for many years and has previously toured with Soilwork as a guitar tech and lighting designer. Wibom made his live debut with Soilwork in Stockholm on April 30th.

Soilwork vocalist Bjorn “Speed” Strid states, “We all sooner or later come to a crossroad in our lives, when our focus of being fueled by the past, is just as strong as our visions of the future and we have to make that incredibly hard decision. Where do I go now? Flink will forever be a symbol for Soilwork and of all we were and still are about. That being said, we all could sense that he eventually would come to the above mentioned crossroad. He understandably and respectfully chose to step down.

So, where do WE go now? Let me introduce you to one of the finest and most stand up people I know: Markus Wibom. He’s been a long-time friend and is an overall multi-instrumental amazing musician. He’s been with us before, on past world tours. He’s also an amazing character and I couldn’t think of a better person to fill Flink’s shoes, which indeed are very big… literally (Markus’ shoe size is actually even bigger, if anybody wants to know). Anyway, as much as I will miss Flink, I’m just as excited to tour the world with one of my absolute best friends. Thank you Flink, you will forever rule. Thank you, Markus, for taking this on. I know you will blow people’s minds, once the world tour of “The Ride Majestic” commences. Please give Markus a very warm welcome everyone!”

Wibom adds, “It’s a great honor and a true pleasure to play with such skilled musicians and amazing people! It’s going to be awesome to share the stage with those guys after all these years on the road together, and with the new record coming up – it absolutely kills!” 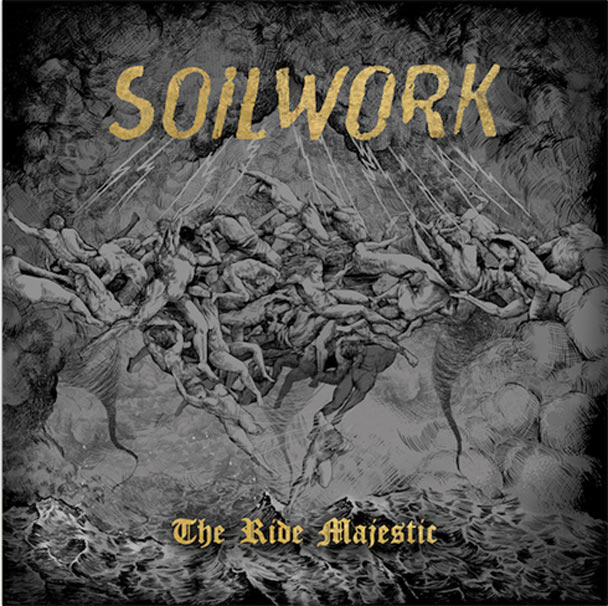