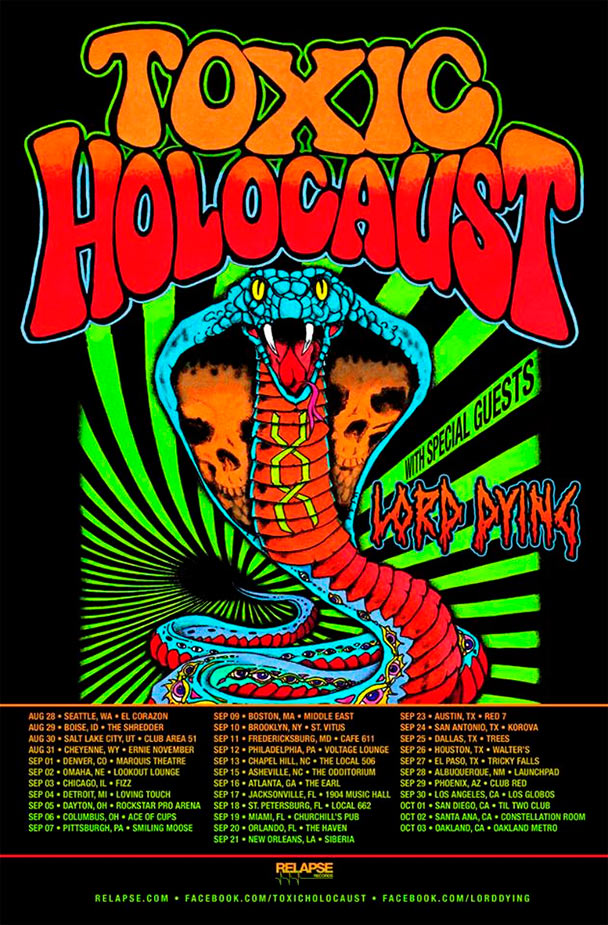 The United States have one helluva tour headed their way. None other than Toxic Holocaust will be entertaining with direct support from Lord Dying. This is bound to be an awesome series of shows so attend if you’re able! The dates can be found on the flyer up above. Music can be found down yonder with the official press release.

Neo-thrash revolutionaries Toxic Holocaust will join forces with fellow Portlanders and Relapse sludge/thrash colleagues Lord Dying this fall for a 34-date U.S. tour. The trek will begin in Seattle and wreak havoc across the northern half of the country before weaving back through the southern US to conclude in Oakland. A complete listing of dates is available below.