Zao have not released new music since 2009. But today, the time has come! They just released an all new song called “Xenophobe” through the good people at Decibel. It will most likely dig up great gobs of nostalgia for any fans of the Pennsylvanian band as they’ve stayed true to their sound. The track will be released as a single with the song “Fear Itself” as a B-Side. It has already sold out physically (only 600 7″ copies were available) but is still available digitally on Bandcamp.

Fret not if you cannot pick up a physical copy. Zao are currently working on a brand new, 13-track album that they’re hoping to have out later this year! Stay tuned.

Here’s what frontman Dan Weyandt had to say of the band’s return track:

“Lyrically, ‘Xenophobe‘ is about specific outlets of mass media using tried and true propaganda techniques to create division, radicalism and fear in the average American citizen’s mind. Appealing at first to a viewer’s prejudice and worries, it then reshapes the way one thinks and perceives. It’s the great divider in the digital age and the corruptor of rational thoughts. It is loyal to no side and both at once.”

Listen up through the exclusive Decibel stream. 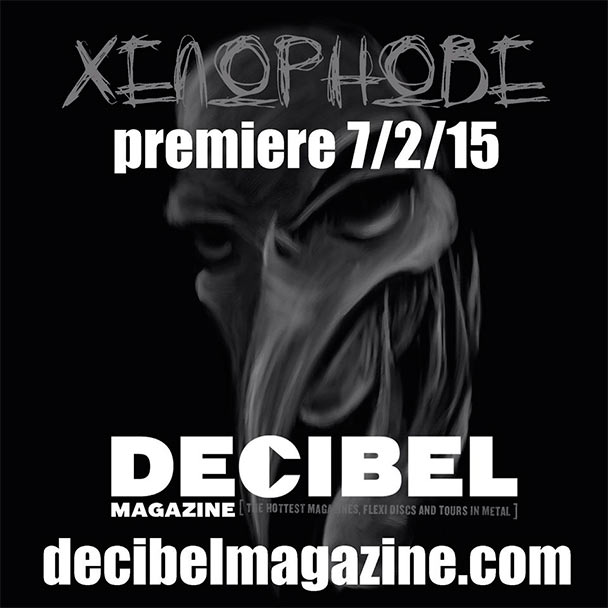