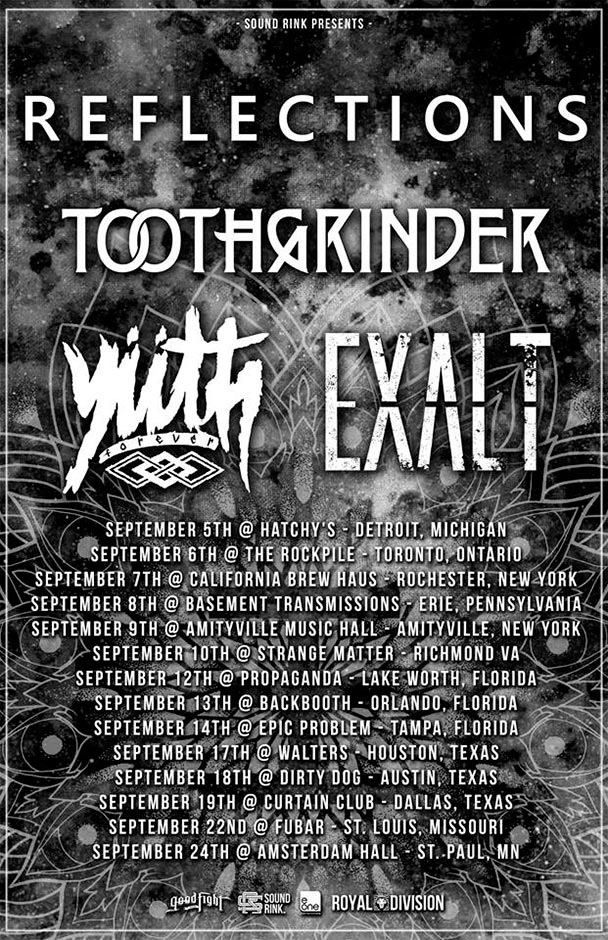 Not only are Reflections preparing an all new album with producer Will Putney, they’ve just announced an all new tour! The band is getting ready to set out with Toothgrinder, Yüth Forever, and Exalt this September in North America. You can check the dates on the flyer up above and read what the headliner had to say just below:

We are excited to announce our headline tour this September with our friends in TOOTHGRINDER , Yüth Forever and Exalt joining us. We are offering you a special chance to pre order our new album very early and get a ticket to the show at reflections.soundrink.com now. Details about our new album will start to roll out shortly and a few more dates will be added to the tour as well.

Vocalist Jake Wolfe also had the following to say in regards to the album itself. Stay tuned for much more.

For the first time, we’ve written an album where listening to it all the way through will tell you a story. After an eye opening year of touring while trying to maintain life at home, I feel that we have truly written our best music yet.