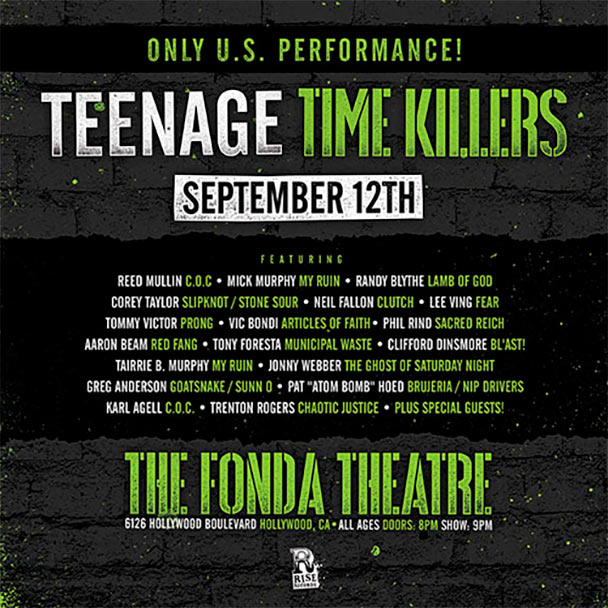 California! You have one helluva opportunity right here.  The monstrous supergroup Teenage Time Killers will be performing a one off show down in Hollywood. Don’t miss this once in a lifetime opportunity. Tickets will disappear fast.

Following the July 31st release of their debut album Greatest Hits Vol. 1 (Rise Records), the ball-crushing, ragtag team of Teenage Time Killers are pleased to confirm a once-in-a-lifetime and only U.S. performance September 12 at the Fonda Theatre in Hollywood. Full lineup for the show below, including some very special guests.