Thy Art Is Murder Banned By Disney

It appears as if Thy Art Is Murder have been banned by Disney on the upcoming Parkway Drive tour. As such, they will not be making the stop and reacted with the following statement / actions:

“We are very sorry to announce that due to the narrow minded, corporate censoring goons over at Disney, we will be unable to join Parkway Drive on their upcoming dates at Anaheim on October 30th and Orlando Lake Buena Vista on November 23rd. We are aware we haven’t played Florida for quite some time now and we are itching to get back down there and play for you guys.

Thank you for your understanding and be sure to pick up one of these limited shirts to show your support. This is the first time they’ve been printed in over two years since we were last banned from playing a show on Disney grounds and will only be up for a short amount of time. Get it!”

The Bad Brains styled shirt boasting “Banned In Disney” is available for purchase HERE. This wouldn’t be the first time Disney banned a metal band. The same thing happened to Warbringer just this year. 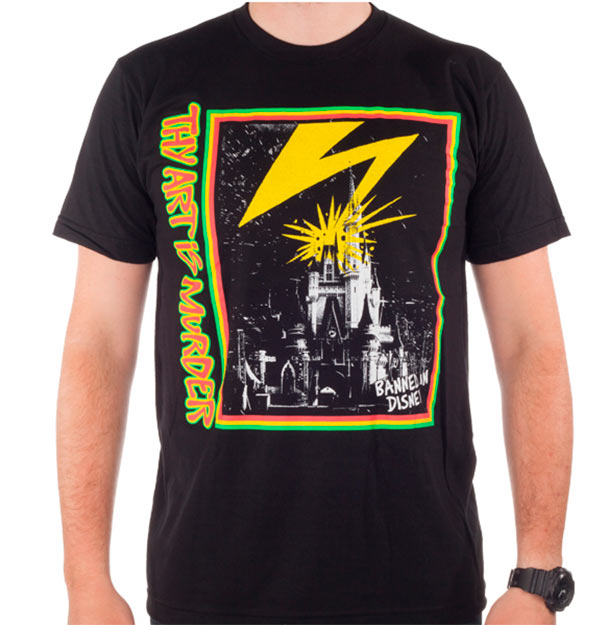