Solution .45 “Nightmares in the Waking State: Part I” Album Preview

Though I’ve been a fan of Solution .45 for quite some time now, there is a new album on the horizon and I am PUMPED.
Melodic death will always be one of my favorite genres. Specifically for bands like Solution .45. The only problem I have with them is that when I listen to them I am immediately shifted into combat mode. Which, if I were surrounded by worthy opponents, wouldn’t be a problem… However, where I live, I am usually surrounded by old folks.

As entertaining as it would be to have a battle royal with Betty, Agnes and Arthur; I don’t think it would necessarily be in my best interests…

“For Aeons Past” was the first exposure that I had to the band. Released in 2010 It is full of adrenaline releasing guitar and drum work (bass too…) As well as incredible vocals. At just over an hour long, it is a solid listen to get yourself warmed up for the release of their new album: “Nightmares in the Waking State: Part I”. The beast drops on November 20th.

Having listened to the teaser tracks that have been released, this new album seems like it will be just as badass, if not even MORE badass.

Not to mention the album artwork is sickkkkk. I’d give this album a listen even if I’d never heard of Solution .45 solely based on the album cover.

If you feel the need fill the void in your turning-into-a-demon playlist, there is only one Solution… 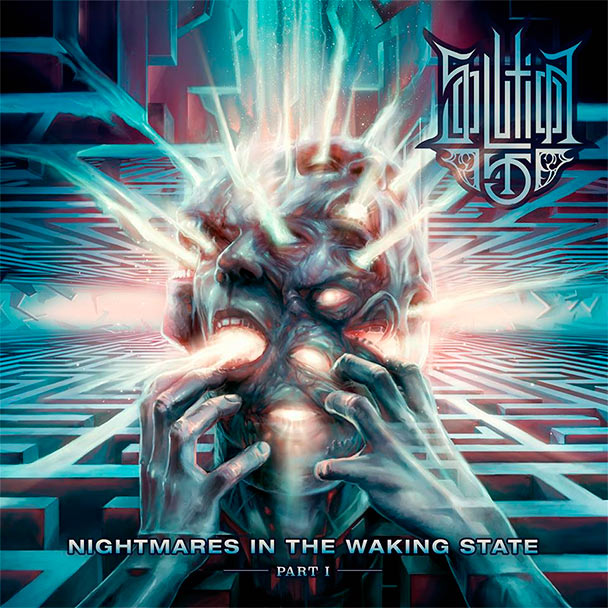