After close to three years of silence, Thirty 30 has finally released their long awaited first full length album. “House Of Plagues” is a tour de force in goth metal, Metal-Core, and hardcore music. Produced by Michael “Spike” Dobmeier of Pearl Harbor Entertainment, Thirty 30 has crafted a concept album that is sure to elevate this six piece, So-Cal group to prominence. Thirty 30 features dual vocalists Kylan Pownell (who performs the screaming) and Stacey Barnett (who performs the singing. Along with two vocalists, Thirty 30 features guitarists Anthony Esparza and Albab Ahmed, bassist Alberto Lafarga, and drummer Roger Alvarez.

This eleven song winter blockbuster of an album takes off with the title track, “House Of Plagues”. Pounding tribal drums and chugging guitars marry the vocal intensity of Pownell and soaring melodies of Barnett to set the tone for what is to come. Standout tracks include “The Author”, “Away From Home”, “Behind Closed Doors”, “Live Again”, and “Find My Way”, however the track that shines brighter than the rest is the albums closer, “The Bat & The Moon”, a composition which begins with a delicate piano piece on which Barnett performs a haunting melody, and transitions into a mid tempo rock ballad sure to make even the strongest at heart shed a tear.

Just as Thirty 30 has written characters in the albums story arc, the production on “House Of Plagues” also has a characteristic in its own. Michael “Spike” Dobmeier (who has also engineered on albums such as The Game’s “The Documentary” and G-Unit’s “Beg For Mercy”) kept the production sleek but a little rough around the edges. Most bands in the metal genre today rely heavily on pro tools, keeping to the grid, that they forget this is rock n roll, and that seems to have not been forgotten by Thirty 30 and Dobmeier.

“House Of Plagues” is an interesting headbanger with though provoking storylines that create an emotional impact for the listener. Any fan of hard rock or metal would enjoy this piece by a band on the road to success. Thirty 30 seems to be pushing the envelope on the creativeness of an unsigned band, and fans of this music should be advised to take notice. 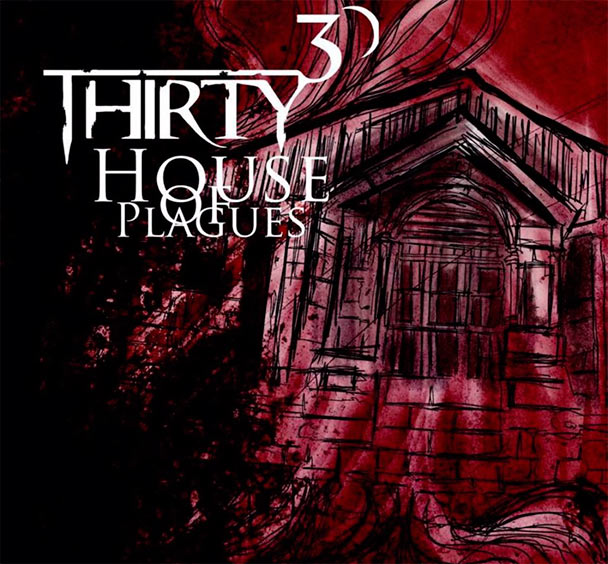