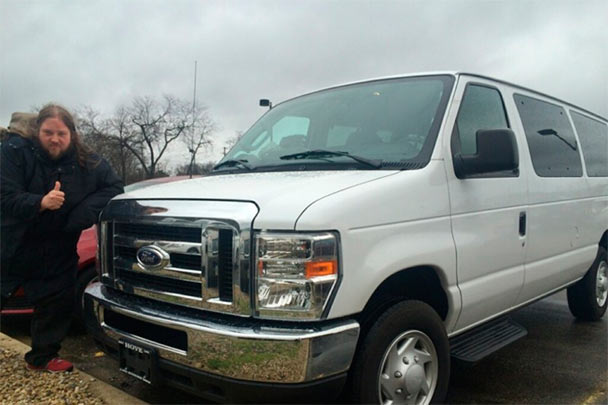 It would appear that Lord Dying have landed in a bad spot. The band has been stranded in Portland, Oregon following the breakdown of their touring van. They’ve launched a GoFundMe campaign in hopes of getting out of the mess. Their initial message went as such:

We need a Christmas miracle.  Our van broke down last night on our way to the last two shows of the tour.  We are now stuck in Illinois with no money to repair the van or get home in time for Christmas.  Normally, we would never think of asking for help but we have no other options.  So here we are asking all of you to please help us make it home.

Luckily, with some much needed support, it appears that the situation has improved. The band just left the following message after the outpouring of support to get them moving again:

We wanted to give you one last update. As you now know the old van (289,000 )miles was toast and could not be fixed. So we are going to use the funds raised for a down payment on a new-ish van (39,000 miles). We want to personally thank all of you who donated funds and shared our story. We have the best fans/friends in the world! We also want to thank Matt Brendon from Pabst Blue Ribbon for the generous donation. It is truly humbling to see the outpouring of support! We didn’t make it home for Christmas but we will be back in time for New Years! See you on the road in 2016!