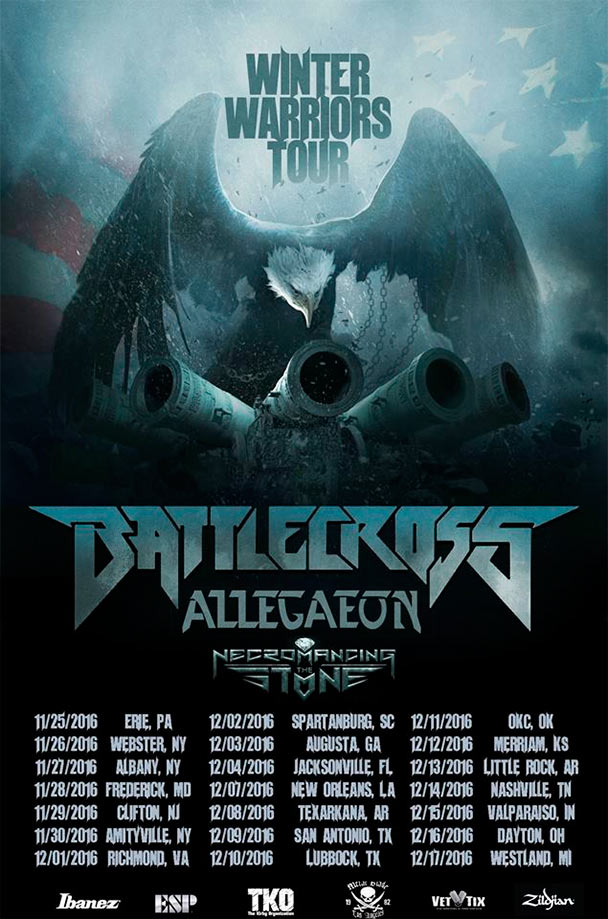 The Winter Warriors Tour returns to the United States! This year, the trek will consist of Battlecross, Allegaeon, and Necromancing The Stone making for some great times! You can find the dates on the flyer up above and find music along with the official statement below.

After joining Soilwork, Unearth, Wovenwar, and Darkness Divided for a North American tour this fall, Motor City thrashers Battlecross will finish off 2016 with their annual headlining run, the third installment of the “Winter Warriors Tour.” This year, Metal Blade label-mates Allegaeon and Necromancing the Stone will join the bill as support, making this one tour not to be missed.

In conjunction with the Veterans Ticket Foundation, the trek will once again offer free admission to members of the U.S. Armed Forces, and the band will donate a portion of their proceeds to local veterans’ organizations in each city. Veterans are invited to register for free tickets at www.vettix.org starting on September 23rd. General admission tickets will be available the same day.