Prepare yourselves for absolute aural carnage. Cranial Contamination is a destructive, new Brutal Death Metal band on the rise from the United Kingdom. Considering they’ve been in operation for less than a year now, the results of their labor are already quite impressive. This four piece metal unit generates a massive sound just looking to steamroll unsuspecting eardrums.

All of this and more shows through the bands debut single “Propagation of a Destroyed Planet” which comes strapped with an intense lyric video as well. This was released in support of the band’s upcoming, debut album “Engineered Human Obselescence” which will be shipping out at the end of this month via Sevared Records. Pre-orders are currently available to those who CLICK HERE (Limited to 200 copies!).

To support the music, we’ve partnered up with Cranial Contamination to bring the “Propagation of a Destroyed Planet” stream directly to you! Enjoy the musical violence right here: 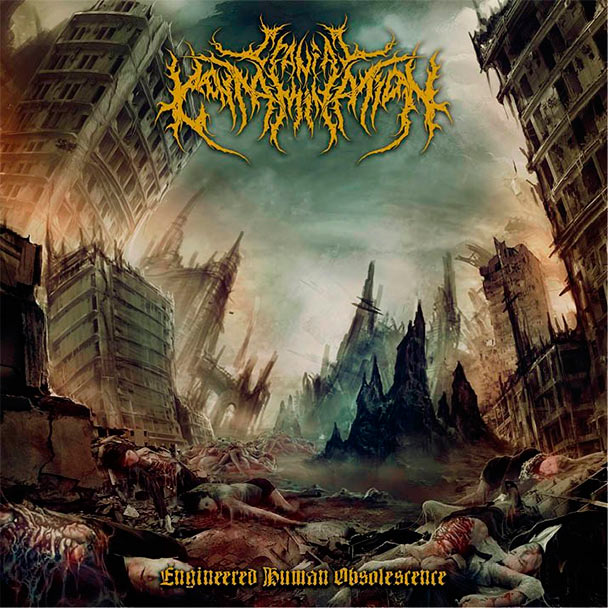