Virulent Depravity “Beyond the Point of No Return” Lyric Video

Another year, another exciting emergence of new Technical Death Metal talent! Introducing Virulent Depravity. This band is absolutely the real deal, showing next to no mercy with their instrumental onslaught akin to some of the best within the genre. To be more specific, they could easily be recommended for fans of Spawn Of Possession, First Fragment, and Archspire.

Currently, the band is gearing up to release their debut full-length album by the name of “Fruit of the Poisoned Tree”. This is due out on April 7th through The Artisan Era. Pre-orders for the beast are currently available to those who CLICK HERE.

In support of this, the band has released a lead single by the name of “Beyond the Point of No Return ” and an album teaser respectively. You can give them both a listen right here, right now! 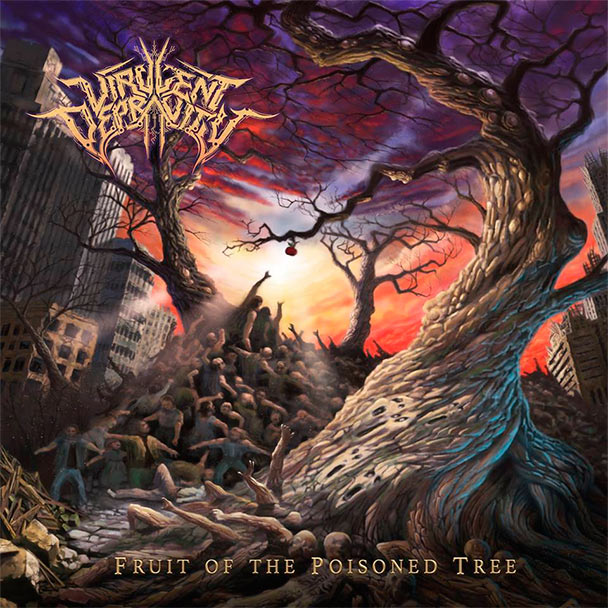