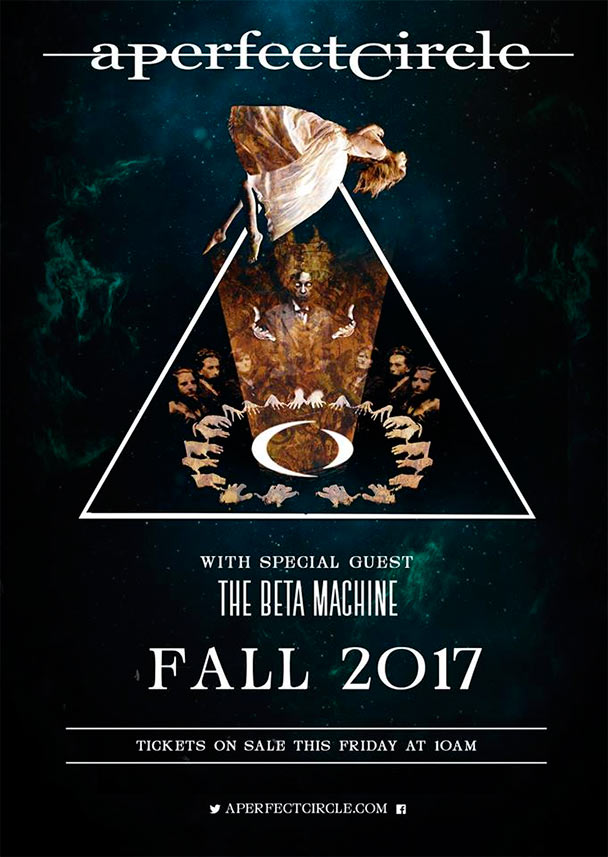 It’s been known that A Perfect Circle are making a comeback this year. In addition to the announcement of a new album, the band will also be heading out on tour.

Speaking of that tour, they’ve just announced the North American dates! Tickets will go on sale this Friday at 10 AM.

In other news from their camp, the band has just signed with BMG in anticipation of releasing new music.

Jon Cohen from BMG had the following to say of this, “We’re thrilled to welcome A Perfect Circle to BMG and excited to present their highly anticipated new music to the world. Their uncompromising approach, vision and legion of fans have made them one of the most artistic and commercially successful acts in rock.”

Stay tuned for what comes next…

In the meantime, enjoy some music…