Decibel Magazine recently premiered an all new music video for the heavy hitting Swedish Death Metal unit Throne of Heresy! This was done for the track “Liber Secretorum” and serves as the third single towards their new, third studio album “Decameron”. This will be released through The Sign Records on November 3rd! Pre-orders are currently available to those who CLICK HERE or head over to Bandcamp.

Here’s the official word that came in support of this music video and the upcoming album:

Liber Secretorum is the third single taken from Throne of Heresy’s album Decameron released on The Sign Records. The video was shot on location at the Alvastra Abbey ruins and produced by Guilherme Henriques (www.guilhermevision.com) and Throne of Heresy. Decameron is an ambitious concept album chronicling the ravages of the Black Death in the 14th century. The track “Liber Secretorum” takes it’s name from the book “Liber Secretorum Eventuum” by John de Rupescissa who foretold the coming of the Antichrist. Rupescissa was jailed for heresy, where he was struck by the Black Death but managed to survive. He finished writing the “Liber…” while still condemned to rot in his cell. 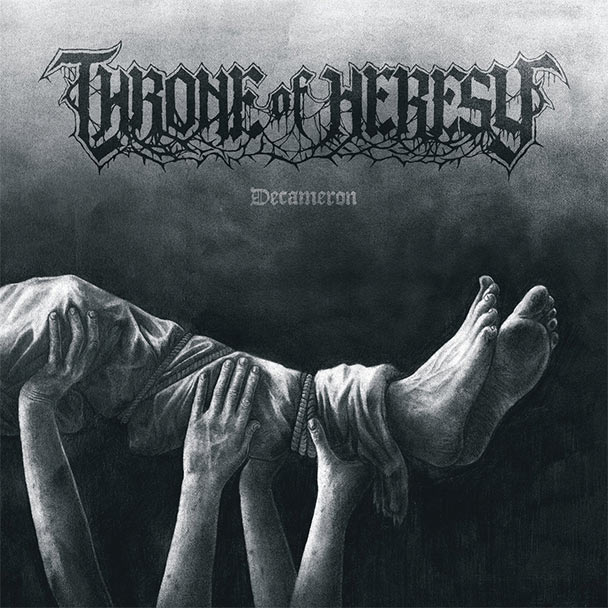