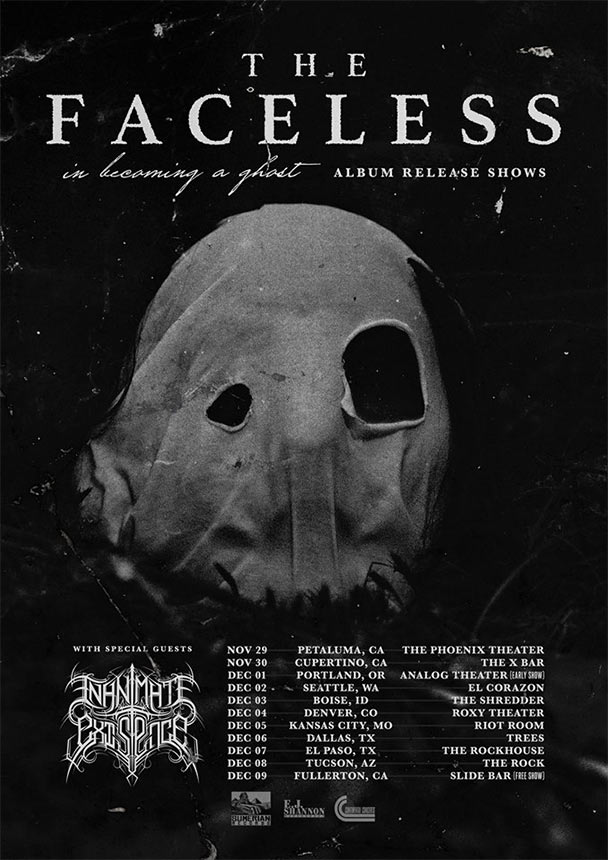 11/16/17 UPDATE – The Faceless have dropped Inanimate Existence as a support act, stating the following:

Due to information that has just come to our attention today regarding actions that we simply cannot stand for, we will be dropping Inanimate Existence from our album release shows. It is not our place to say what these actions were, but we cannot and will not condone them, and thus must drop them from the tour.

We have not yet decided if we will be looking to replace them with another band. We will be fulfilling these dates with our without a replacement opener.

Inanimate Existence have not released an official statement yet.

Original Story – The Faceless recently announced a series of album release shows for “In Becoming A Ghost”! Dates can be found on the flyer up above. They had the following to say of this:

We will be playing some album release shows for our new album “In Becoming A Ghost” which will be coming out on December 1st. Special guests Inanimate Existence will also be performing. See you soon!