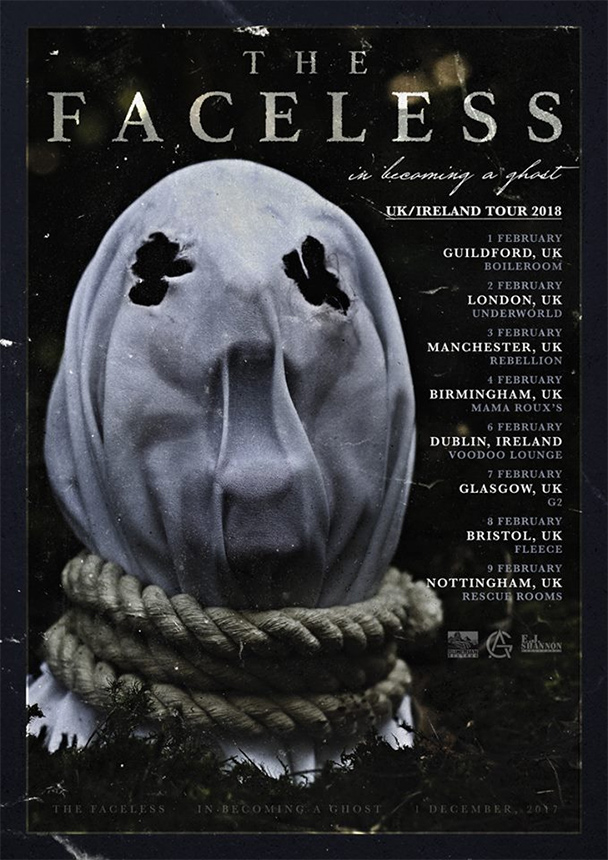 Great news for the UK and Ireland! The Faceless will be heading your way in February. You can check the dates on the flyer up above and listen to new music from the band down below.

Speaking of new music, The Faceless have officially announced their highly anticipated new album “In Becoming A Ghost”! This will be released to the world on December 1st. Pre-orders are now available to those who CLICK HERE.

Tour announcement! We will be coming back to The United Kingdom in February, and we will also be coming to Ireland for the first time ever. Additional support bands TBA.

See More: Death Metal, Progressive Metal, Technical Metal, The Faceless
« Intervals “By Far And Away” Single
Amorphis In The Studio For A New Album »