Hailing from Russia, Verminous Mind are here to crush your existence. They lay out a solid Brutal Death Metal sound that’s enjoyable on a number of levels. This has propelled their existence over the past 20+ years following their inception in 1996. In that time, guitarists Roman Alexeev and Valeriy Kutilov have executed their sound admirably alongside a number of talented supporting members.

The band recently released their latest full-length “Dusk Of Humanity”! Downloads and streaming are currently available on Bandcamp!

To support this aural destruction, we’re currently streaming the single “Hereafter Sadism Reaper”, as we did for “Consuming Chaos” as well over on YouTube. Enjoy the brutality by pressing that “play” button down below! Support the band if you like the metal they’re bringing into the world \m/

The music band Verminous Mind started to exist in 1996. Within five years the band performed on stage, composed and brought to perfection the material.
In 2001 demo record was created consisting of 2 songs: “Secret of my recipe” and “On the maternal side”. Ñatchy heavy riffs and highly skilled solos had done their part – the fans accepted the material perfectly well and characterized the music style as Old School Brutal Death Metal.

In 2005 the debut album “It Only Starts With Death” was recorded. The album was a sinister symbiosis of the experience of skilled death metal masters such as Cannibal Corpse, Carcass, Napalm Death alongside with inspiration and proficiency of Verminous Mind.

In 2006 the contract with the label Irond was signed, and in the terms of 2007 the album “It Only Starts With Death” saw the light. The album received a lot of positive reviews and comments by fans as well as by press.

In 2009 the album “Symbols Of Eternal Ruination” was released, again in collaboration with Irond. The album turned out the logical continuation of the debut album, only with faster and angrier sound, with more mastery and with lyrics fraught with ideas of the destruction of the human mind and the world.

By 2015 the new material has been thought up and the group composition has been changed. Currently the band works upon the new album which will be released October 6, 2017 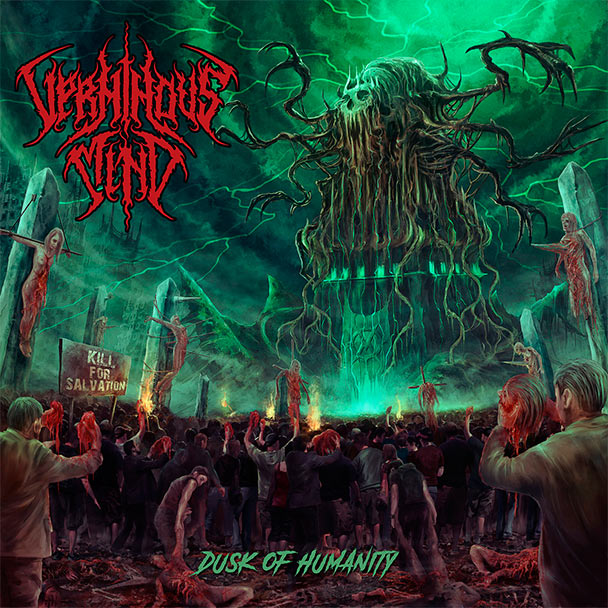