Since The Flood – First Show In Nearly A Decade 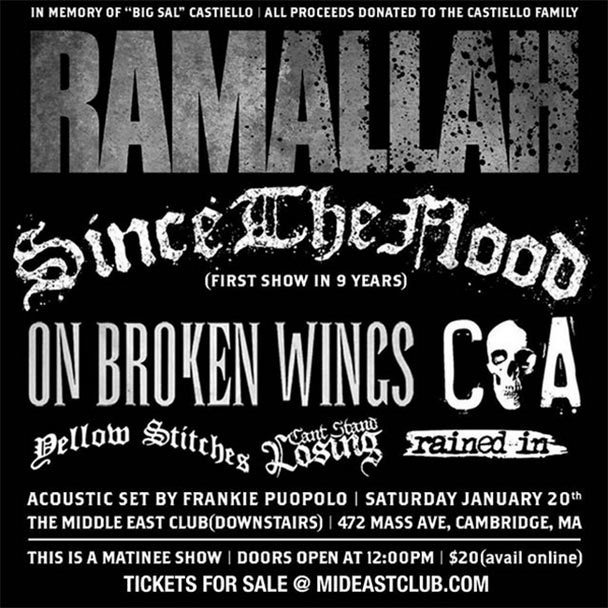 It’s been almost a decade since we saw this band take the stage. The hardcore band Since The Flood are planning to play a show on January 20th at the Cambridge, Massachutsetts based venue The Middle East as support to Ramallah in conjunction with On Broken Wings, COA, and Yellow Stitches.

The show is actually being held for a good cause. It’s being done as a benefit for the family of the late Salvatore A. Castiello, Sr.

We’ll see if this temporary re-emergence leads to anything more.