It would appear that Full Of Hell have found a new home from which to release their music! This new home is none other than Relapse Records. This should be a great fit for the steamrolling sound that the band delivers.

Relapse Records is proud to announce the signing of prolific extreme metal quartet Full Of Hell. Formed in 2009, in Ocean City, Maryland, Full Of Hell have been pushing the boundaries of sonic extremity with their suffocating blend of hardcore punk, grind, noise, power electronics, industrial and death and black metal. The group already has already released six full-lengths, including collaborative albums with Japanese noise legend Merzbow and experimental doom/sludge outfit The Body. Additionally, Full Of Hell has released numerous splits and EPs, including collaborations with Nails and Code Orange. The band plans to begin writing their next full-length this year.

Known for their intense live performances, Full Of Hell has toured the globe with the likes of Nails, The Cavalera Brothers, Entombed, 1349, Cattle Decapitation, Integrity and many more. The band will tour Europe this Spring as direct support for Immolation. A complete listing of dates is included below with more to be announced shortly.

The band commented on the signing: “We are very pleased to align ourselves with Relapse Records. We grew up listening to so many Relapse artists, discovering new sounds and cutting our teeth.. In many ways, we wouldn’t even be here if not for some of the truly formative releases in their discography. This feels like a very fitting place for us to be and we’re looking forward to releasing this next record.” 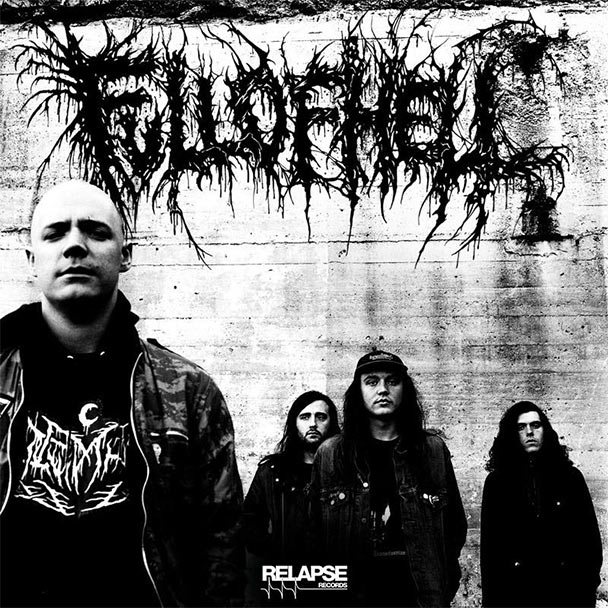