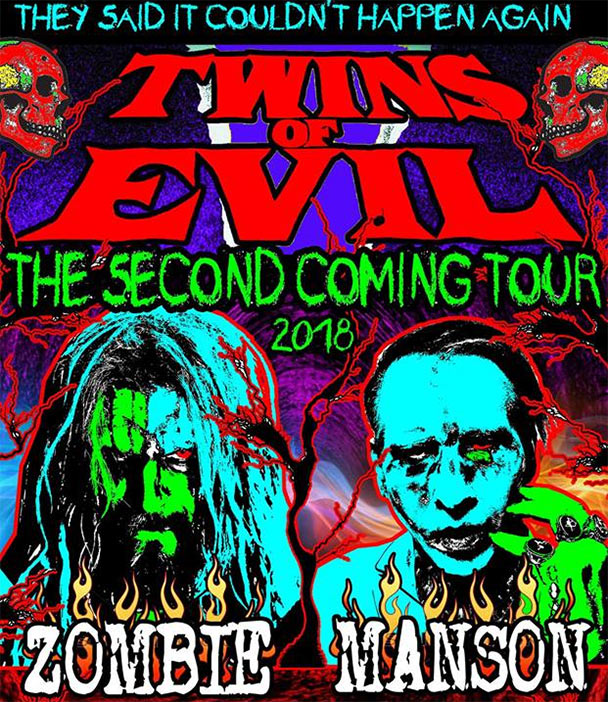 Back in 2012, Rob Zombie and Marilyn Manson toured together on what was known as the “Twins of Evil Tour”…

Now there will be a sequel! It has been appropriately named the “Twins Of Evil: The Second Coming Tour”. It will launch in July and run into late August. All the dates can be located on the flyer up above and you can listen to music from both of these acts below.

Should be a disturbingly good time!