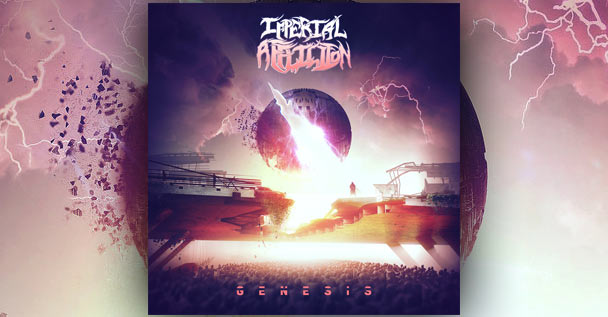 Today marks the return of the Texas based heavy hitters in Imperial Affliction! The band just launched their debut full-length effort appropriately titled “Genesis” as a follow up to the 2015 EP “Human”. This musical unit consists of four members with a singular mission… playing Progressive Metalcore that sticks.

The new album boasts an impressive line-up of 13 tracks strewn across a 50+ minute runtime. It proves to be a solid effort, especially for a debut LP. It’s currently available for streaming and purchase across most major online music platforms. For example, you can grab it on Bandcamp, iTunes, and Google Play.

To bolster their efforts, we’re currently streaming “Genesis” from start to finish over on YouTube! Magdiel SiFuentes over at Shade Media did a good job of bringing the sharp Dark Matter Graphic Design artwork to life. You can watch this play out by pressing the “play” button found below.

Also, shout out to the album producer Parker James Long over at Strigoi Audio!