For approximately a year now, Finland-based artist JP Ahonen has been making a heartwarming family comic strip about… Black Metal! Despite the apparent contradiction, it’s actually quite entertaining to flip through. That being the case, we’ve embedded a few of the most recent comics down below. You can scope them all out by heading over to the Official Website. You can also follow along on Facebook and Instagram. 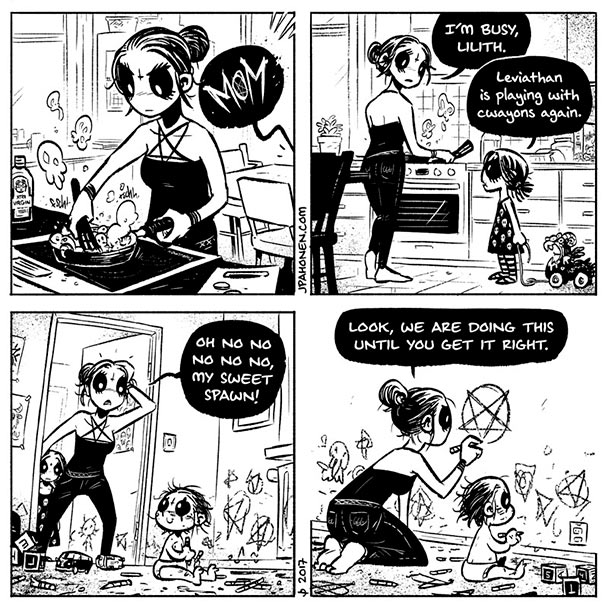 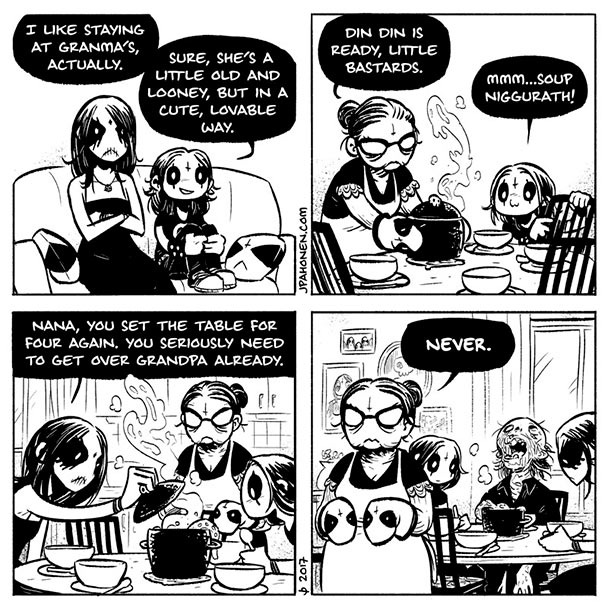 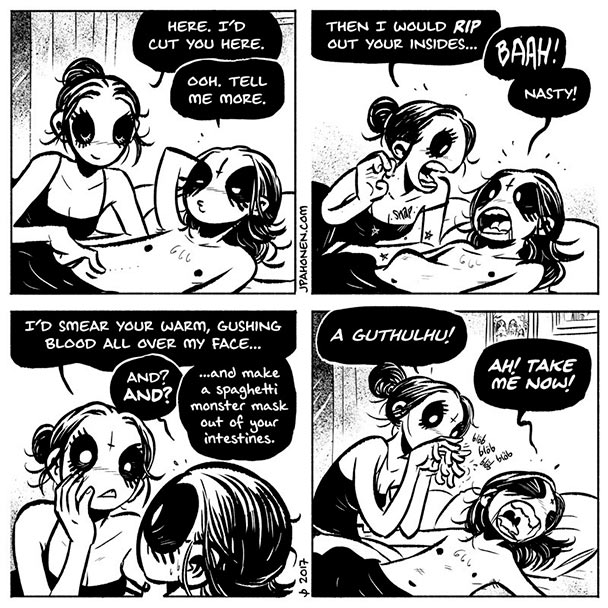 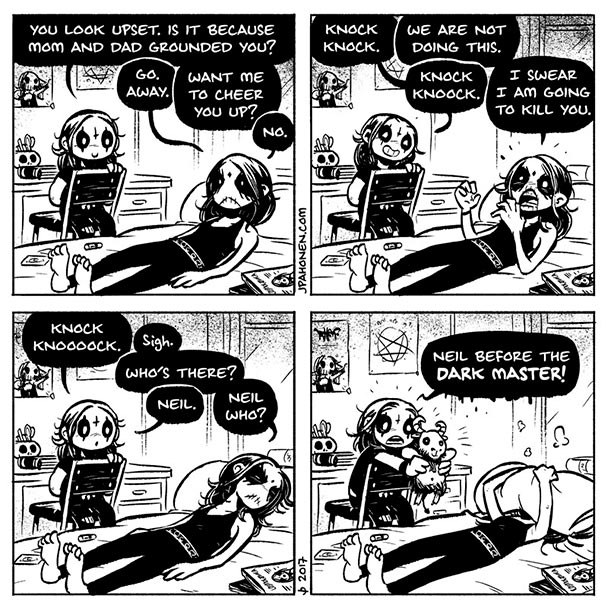 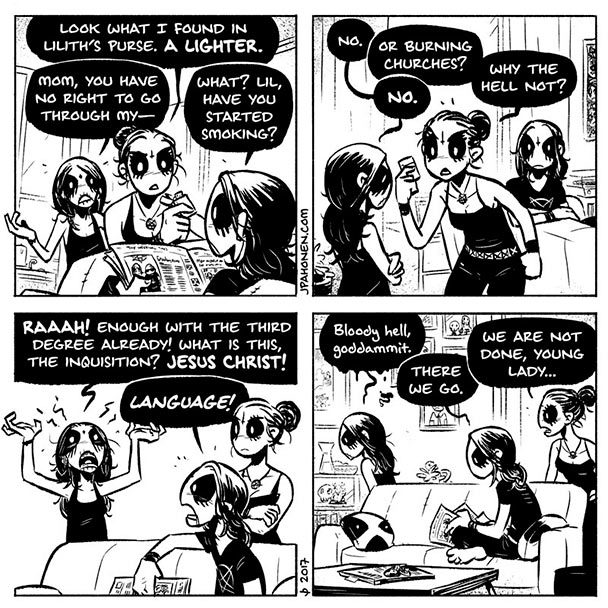