Soreption birth “Children Of The Automaton” 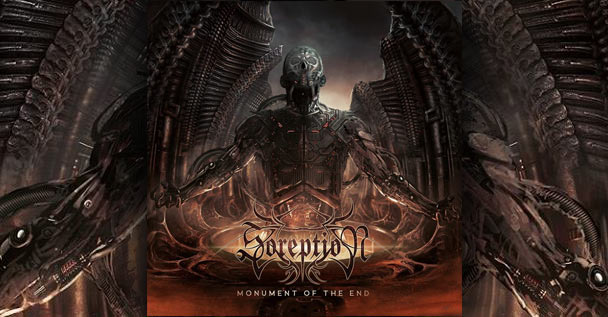 The mighty Soreption have returned with all kinds of new stuff! First and foremost, it should be stated that the band has an all new album called “Monument of the End” set to strike on August 3rd through their new label home Sumerian Records. Pre-orders are currently available to those who CLICK HERE.

In support of this, the band initially launched a ripper of a single by the name of “King Of Undisputed Nonsense”. Now, they’ve followed that up with another absolute monster of a track in “Children Of The Automaton”. This comes complete with a cyborg influenced music video. Both of these tracks can be enjoyed just below.

In other Soreption related news, it should be noted that the band will be on The Summer Slaughter Tour starting up this week! Should make for great times. You can check all the dates for that by CLICKING HERE.