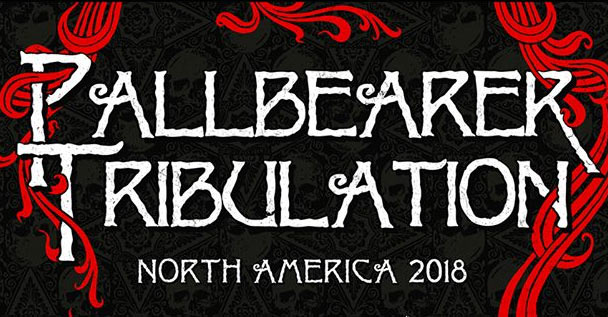 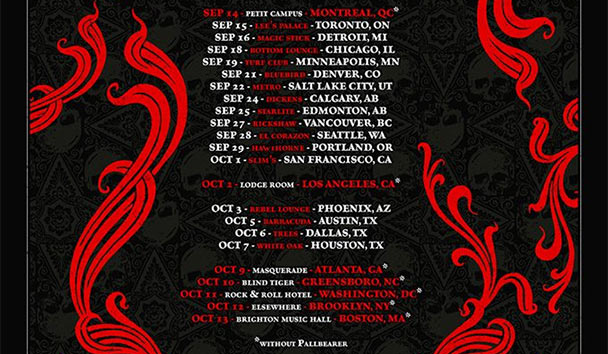 Pallbearer and Tribulation will be teaming up to tour across North America later this year! You can find all the dates on the flyer up above and listen to music from both bands below.

Here’s what Pallbearer had to say of the trek:

After a long period of constant touring behind Heartless, it’s almost time for us to settle in to the cold season and begin crafting our next musical endeavor. But before that, we are heading out once more across North America to bring this chapter to its conclusion. We look forward to stretching out our sets each night on this double bill with Tribulation, revisiting and adding new dimension to material across our entire catalog.

On a similar note, here’s what Tribulation had to say:

We’re coming back! It’s been a long wait and we are now very eager to announce that we will be touring North America in Sep/Oct. We will have a mix of co-headlining shows with Pallbearer and our own headlining shows (with the *) with support acts that are yet to be announced. Will we see you there? Tickets go on sale on Friday!