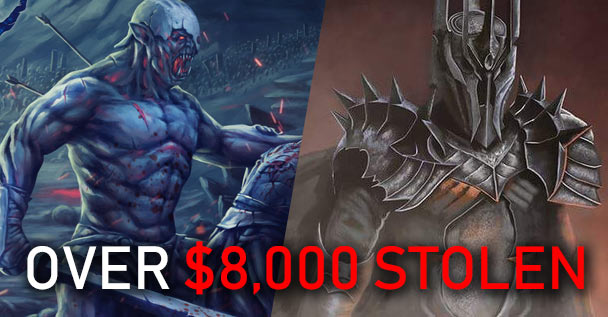 Unfortunately, Mouth of Sauron members Elijah Cirricione and Zach Mitchell were the victims of a significant robbery in recent history. Over $8,000 worth of their gear was stolen and pawned off. Now, they’re just trying to get some of that back with a GoFundMe campaign. Please help the band if you’re able.

Here’s the caption attached to the GoFundMe campaign:

My name is Elijah Cirricione. I’m a twenty three old musician and that recently had all of my gear stolen and pawned off. The loss included about seven thousand dollars worth of musical gear and equipment. Guitars, Amps, Cables, Microphones, Interfaces, etc. My gear was stolen in an act of desperation and pity. I saved up dollars and change since I was seventeen years old to get all of this gear that was stolen. I am starting this fundraiser to hopefully raise some money to replace some of my favorite things in life. I appreciate any donation, love, and support for my music. Thanks to everyone who’s already helping me since a night ago.