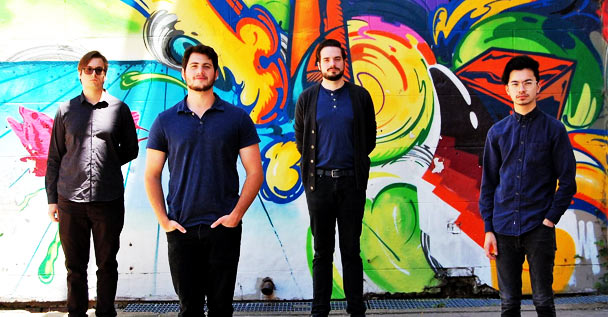 Much like a firework, Epiphany are creating a beautiful musical explosion out of Richmond, Virginia. They’re doing this by crafting some truly lush and interesting instrumental Progressive Metal music. There’s clear attention to detail and a high level of skill for songwriting present here. It’s to the point that the very first notes of just about any track have the ability to pull listeners in and keep them there.

This all shows through the band’s debut, self-titled EP release. This was just launched Friday of last week with purchase options available to those who CLICK HERE. You can also stream the effort in its entirety through the YouTube link provided below. The whole experience consists of 5 tracks which function hand and hand to bring about a great start on this band’s journey!

The whole project began back in 2013 with the chops of Jeremy Hook being set into motion. His aim was to create melodic and meaningful songs through which full emotions and ideas could be conveyed instrumentally. This is the kind of music that’s great for thinking outside the box and possibly inspiring something new in the mind of the listener.

Now, the band consists of four members. They are the aforementioned Jeremy Hook and Seamus McDaniel (also of Retrosphere who we’ve worked with previously) on guitars, Ryan Johnson behind the drum kit, and Chris Abinette on bass. Altogether, they make a great sound worth exploring… So go explore!

Give a listen right here: