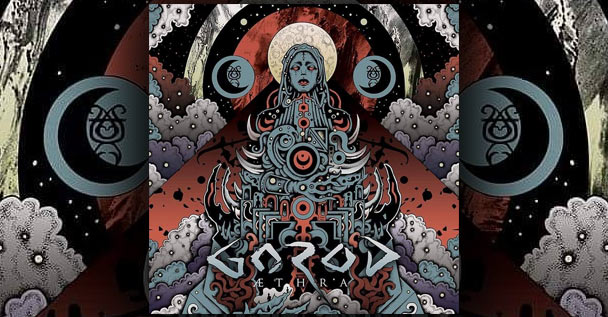 An all new Gorod single has arrived! It goes by the name of “Aethera” and can be enjoyed along with the first single “The Sentry” below.

This was done in support of what will be the band’s sixth studio album going by the name of “ÆTHRA”. This will be launched on October 19th through OverPowered Records! Pre-orders are now available to those who CLICK HERE (for physical) and CLICK HERE (for digital).

Expect much more where this came from!

Vocalist Julien Deyres says about the track: “‘Aethra’ refers precisely to the complexity of naming, especially when it comes to distant entities both in space and time. Indeed, even among historians, the name Aethra is debated. Some see her as the mother of Theseus, others as Hyperion’s wife, mother of Helios, Selene and Eos. The subject that actually caught my attention for this album is that of an Aethra (more frequently called Theia) who would be the mother of the moon. Moreover, there is a scientific theory mentioning that an asteroid collided with the Earth which left us a fragment that is still turning around us, and that appears and disappears completely every 28 days. Aethra is therefore the missing mother who left us the corpse of her offspring in orbit as a memory of the tragedy… but the purpose of the lyrics remains here to leave you all a personal ‘substantial part of fantasy’!”