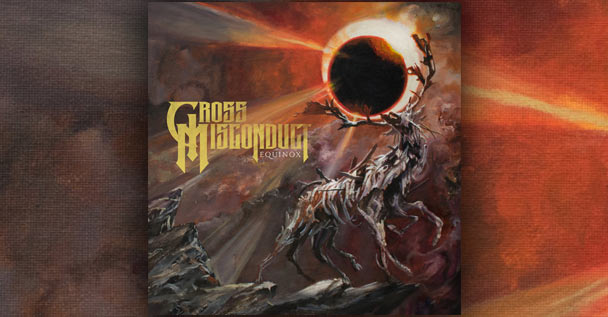 “When we started talking to the circle pit about premiering a song, I knew right away exactly what song to choose” – guitarist Jesse Brint

That song is “The Cloak”, a wicked number hailing from Gross Misconduct’s upcoming juggernaut of an album known as “Equinox”. For the first time ever, this track can be enjoyed below. Buckle up before hitting that play button! The new LP is set for an independent release this Friday November 2nd. Both physical and digital pre-orders are currently available to those who navigate over to the Gross Misconduct Bandcamp page.

There’s a lot to enjoy from this Vancouver based monster! They’ve crafted a take on Progressive Death Metal that is damn near undeniable. A sense of nostalgia and a forward thinking take on metal will simultaneously strike listeners. This band’s music can easily be recommended to fans of Cynic, Death, and Gojira to name a few.

Here’s the official word from the band in support of this premiere:

“An inordinate amount of time and second guessing went into a song that ultimately clocks in at barely two minutes,” explains drummer John Kurucz. “When the first version of ‘The Cloak’ arrived in our rehearsal space, it was at least twice as long and we wrestled with the composition for a few months. The end product is a scaled back, concise and to the point thrasher that kind of reminds me of ‘Dittohead’ by Slayer. Sometimes songs get lost when you’re preoccupied with trying to write eight tunes all at once, but hearing ‘The Cloak’ during the final mixing and mastering process solidified the gut instinct we all shared that the song didn’t need anything more than what was already there.”

Slated for a Nov. 2 release date and consisting of eight songs, Equinox is both the most sprawling and concise offering Gross Misconduct has written to date.

Pre-orders and digital downloads for Equinox are available at https://grossmisconduct.bandcamp.com/merch.

Equinox builds upon the foundation laid on Gross Misconduct’s first two albums, “The Process of Indoctrination” (2007) and “The Disconnect” (2011). Equinox is an amalgam of the frantic thrash found on the band’s debut and the more progressive elements of its follow-up.

Since its inception in 1999, Gross Misconduct has shared the stage with seminal bands from across the globe, including Napalm Death, At the Gates, Amon Amarth, The Haunted, Amorphis, Dark Tranquility, Martyr, Archspire, Brutal Truth, Skeletonwitch and Rotten Sound, among many others. 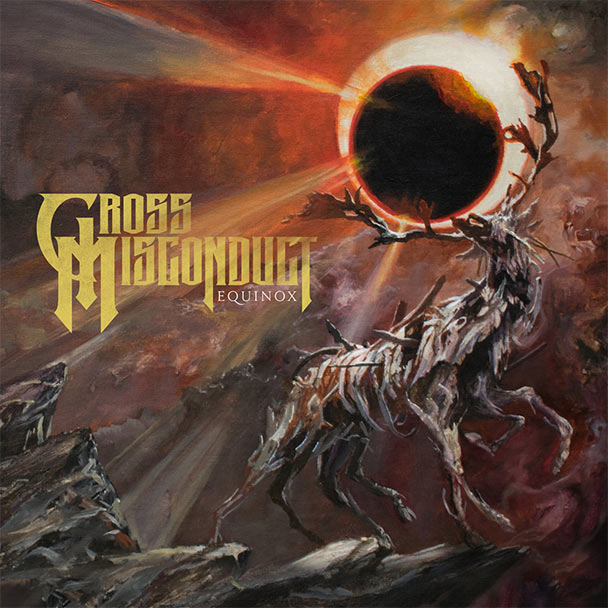