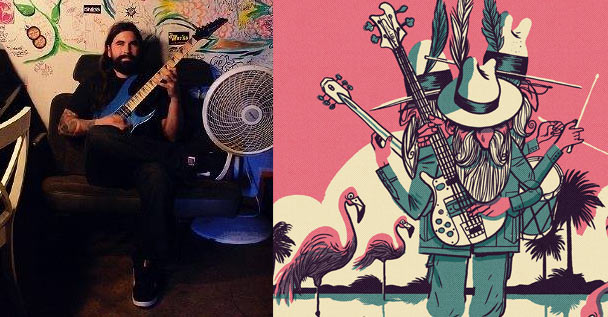 Former guitarist for The Black Dahlia Murder and Arsis, Ryan Knight is planning the release of a solo album called “Sunbelt Bliss“. This is currently available for digital and physical pre-order ahead of it’s release this Friday!

In support, he’s released a brand new single called “Chica Funk” which can be enjoyed just below.

Ryan himself had the following to say of this release:

“A little over a year ago I tracked an album of 9 tunes with some great musicians/people in Atlanta, Ga. Co-produced with bassist Kevin Scott (Jimmy Herring Band, Wayne Krantz, FORQ), it was an arduous process, and much respect to those out there working on your own endeavors and seeing them through.

Ultimately, I wanted to write some melodic, catchy tunes that were much different than anything else I’d been involved with in the past. The end result of that is Sunbelt Bliss. Huge thanks to the gentlemen who lended me their talents and support, Sunbelt Bliss will be officially avail Nov 16th on iTunes, Spotify, amazon, etc, but you can preorder digital here ryanknightguitar.bandcamp.com and physical here www.sunbeltbliss.com, cheers!”