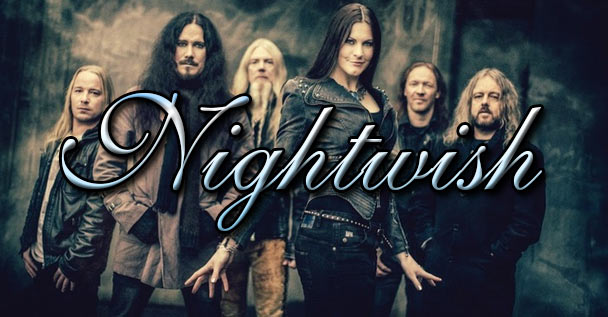 In a recent interview with Germany’s Rock Antenne, which can be viewed below, Nightwish singer Floor Jansen spoke on the band’s current progress towards completing a new album. This will ultimately be the follow up to the critically acclaimed 2015 LP “Endless Forms Most Beautiful” and will serve as both Floor’s and multi-instrumentalist Troy Donockley’s second album with the band.

The full interview can be seen below but here are a few key quotes from her perspective:

“Tuomas (Holopainen) has been writing already. He’s been very creative, so it’s very exciting to see what he’s been cooking up ’cause he keeps that to himself… He writes 90% of everything. Marco (Hietala) has been known to add songs or parts. And with the first album I was on, the latest studio album “Endless Forms Most Beautiful”, we took a very long time to rehearse together. So the demos that Tuomas made we went through together and, in that process, we all got to put in a bit of our own. And as soon as I start to play a part that was first just a piano melody and a lyric and I make it into my thing. That’s where I can put in my creative energy and that’s what everybody does on their instrument. And in thinking together, that really made that album into what it is. And I can imagine we’re gonna do the exact same thing.”

While speaking at Kitee International Music And Art Festival over the Summer, Holopainen had previously speculated on a 2020 release if all goes according to plan. Likewise, that interview can be seen below.

“The next album is well on its way. I’ve written about 80 or 90 percent of the material so far. All floodgates opened last October when we finished with the AURI project and I was listening to the album and just something clicked in my head. And I’ve been really excited about writing songs ever since. Just last night I got another song finished. So it’s gonna be 10, 11 songs most likely. And we’re gonna start recording next summer, in July, so if everything goes as planned, we’re looking at a spring 2020 release.”