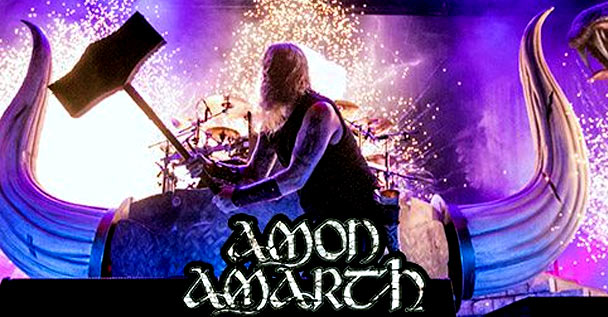 It’s been confirmed that Amon Amarth have completed a new album and a re planning a spring release through Metal Blade Records. The record was pieced together in Los Angeles at Sphere Studios with no less than producer Jay Ruston (Anthrax, etc).

While speaking with Revolver, frontman Johan Hegg was asked if the new album would be conceptual. He had the following response:

“With the last record, ‘Jomsviking‘, I wrote a complete fucking movie script and we turned it into an album. This time around, I didn’t have any of those ideas but we also didn’t want to do a concept thing, either.

‘Jomsviking‘ turned out so well, so if you then start working on another concept album and try to top that, it would almost be impossible — unless you have a really great story lined up that you can do that with.

But I didn’t, so it didn’t make sense. I was a bit lazy on this one — I waited for the music to be done so I could see where it would take me.”

You can learn much more by CLICKING HERE.

Stay tuned for much more on this!