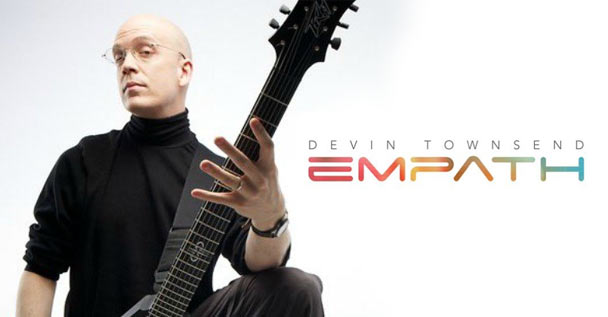 1/17/19 UPDATE – We now had a release date and plenty more information on “Empath” through the following press release and video announcement! This includes a confirmed release date for March 29th, 2019.

In the lead up to the album’s release, Devin will walk fans through how Empath came together with a series of documentary episodes recorded as phone conversations during the course of the records recording.

‘EMPATH’ will be released on Limited 2 CD Digipak (including an entire disc of bonus material), Gatefold 180G 2LP Vinyl + CD + LP-booklet & as digital album. The full track-listing is as follows:

Original Story – Through a series of new tweets and an Instagram post, Devin Townsend has announced the length of his new album “Empath” and has unveiled the album cover. You can check all of this out right here.

To learn (much) more about the upcoming album including features and the like, you can CLICK HERE.

Release date is mid March. I will let you all know about pre order bundles as the release gets closer for those of you who are willing to support this. Thank you again. :)

…Now to finish the 10 bonus tracks.

Listened through Empath mastering. A couple of small tweaks here, but I think its done. Its 74 minutes long, the experience is 'epic' in the most literal sense. I feel like I just finished watching Ben Hur… exceptionally proud.