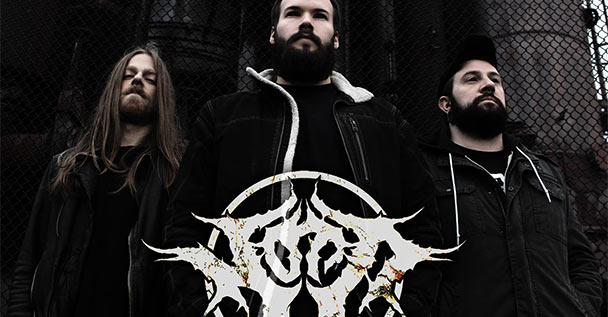 In terms of innovation and originality, there’s a certain act that could be placed towards the leading edge of the modern Deathcore genre. Bringing the cold Alaskan dark down to the west coast (Seattle, to be specific) is the one man band known as Nott.

However, it no longer appears to be a one man band! In fact, mastermind Tyler Campbell has plotted a course to bring the devastation of Nott to the live arena. This will be done in conjunction with musicians Tino Ott and Adam Chambers, making for an experience that you won’t want to miss.

In fact, that experience is coming right around the corner as Nott will have their first live show on Saturday, February 2nd at The Plaid Pig in Tacoma, Washington where they’ll be playing with Blood & Thunder and Gallows Hymn! Nott will be going on at 10PM with ticket info and more available to those who CLICK HERE.

To follow this up, they’ll be opening for no less than Rivers of Nihil on March 13th (who got album of the year on several 2018 lists!). They’ll also be joined by Entheos, Conjurer, Wolf King, Armed For Apocalypse, and Odyssian at this show. It will take place at El Corazon in Seattle, Washington. Tickets can be purchased by CLICKING HERE.

While speaking with Tyler, he had the following to say of Nott’s transition to the stage, “The release of The Wretched Sounds signaled a new era for Nott. The evolution from studio project to a live experience is something I’ve wanted for a long time, and the time has come. Bringing on Tino Ott and Adam Chambers -local heavyweights in the Seattle Metal scene- to this endeavor has given new breadth and dimension to the project that I’m immensely excited to unveil live.”