Nott Interview – Into The Wretched Sounds 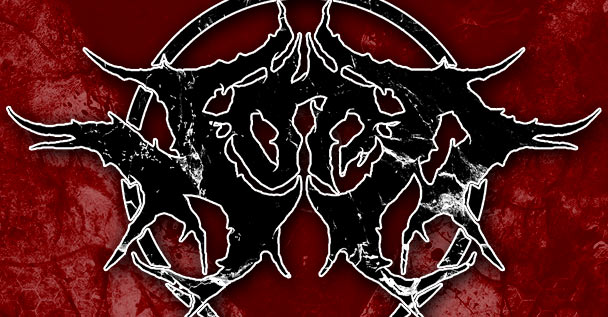 The world is still recovering from the impact of arguably one of the best 2018 Deathcore records… Nott’s “The Wretched Sounds”. This LP made landfall last month and the echoes of it have been heard ever since. For those who are unaware, the project is masterminded by a single individual – Tyler Campbell. We recently had the opportunity to pick his brains about what all goes into making such a massive project as a single individual. You can read and learn from him in the interview provided below. Likewise, you can find his recent music in the streams below and read our review of “The Wretched Sounds” by CLICKING HERE.

The album is currently available for purchase through Nott’s official webstore and over on Bandcamp. Go get it because the merch is selling out! Other ways to support Nott’s music include social networks. Feel free to give Nott a follow over on Facebook and YouTube and see what he cooks up next!

Q: We’re here with the very talented Tyler Campbell, mastermind behind the disgustingly heavy project Nott. First and foremost, how the hell are you doing man?

A: I’m doing well, thank you! The Wretched Sounds is finally out after a long wait, and it’s been really cool to see the response.

Q: Let’s dig into this and go back to the beginning. You’re arguably the heaviest artist out of Alaska. That’s, of course, a very metal place that’s not exactly known for its metal music. How did you come about discovering metal in the first place and get into playing it as a solo artist?

A: I’ve been into heavy music for as long as I can remember, but my first death metal band was in high school. After playing shows and picking up some momentum, my aspirations rose and the hunger grew. Shortly thereafter I went off to college where I didn’t know anybody, but still had that undying need to play and create heavy music.

That was a particularly cold winter, and from the isolated confinement of my dorm I wrote the first Nott EP. That’s really where this whole thing started, and I’ve been churning out solo material ever since.

Q: You’re living in Seattle now. Do you have any plans for bringing live performances to the people?

A: Absolutely. That’s actually a big part of why I came to Seattle; the move was to reach more people. As fitting as Alaska may seem for the cold aesthetic and magnitude of Nott’s sound, there just isn’t the market for what I do. Now that I’m down in Seattle I’m beginning to meet people in the local metal community and see what this scene has to offer. So far I’m impressed with what I’ve found, and I have every intention of developing the live side of this project here.

Q: You’ve just released a new album “The Wretched Sounds” which is appropriately full of wretched sounds. Can you tell us a bit more about the angle on this album and how it’s evolved from your previous work?

A: This is the first full-length album for Nott. The prior EPs are each very different between themselves, but they loosely follow a shared narrative. The Wretched Sounds is a complete departure from that and truly is the first chapter of a new era for Nott. I took an entirely different approach to songwriting and arranging, stepped up the game on production, and tackled a whole new theme and lyrical landscape. Where the other albums told stories through singular, monstrous angles, this full length has shifting perspectives from different voices, depending on where we are in the story. I don’t want to give too much away on what I personally take from the angle of this album, so I urge anyone to read along and take from it what they will on their own.

Q: You have some considerably huge features on the album from Thy Art Is Murder’s CJ McMahon and Traitors’ Tyler Shelton. How did you go about making these happen and why do you think they make a good fit for the record?

A: There are a few spots on the album that I wrote knowing they’d be ideal for specific guest features. I wanted voices that were different enough from my own while still complementary to the songs, and I had a good idea of whom I wanted in each spot. I put together a few teasers specifically catered to each feature and reached out. I was met with interest and excitement, which was incredible.

Q: In the realm of independent artists, you have arguably one of the best merch runs we’ve seen in a while! How did you go about pulling that together and how has the response been?

A: Thank you! I knew that at album release I wanted to have a healthy spread of merch available –a virtual merch table- and the only way that was going to happen is if I started planning for it right then at the beginning. It was a long process, but I figured out step by step how to obtain each item from snapbacks to hoodies, flags, and even cassettes. The response has been awesome, people have been stoked on the merch and it was cool to give them a spread to choose from.

Q: What gear are you working with to make Nott happen?

A: It’s pretty bare bones. I’ve got a suped-up Agile Intrepid that I used for all guitar-work on this album and an old LTD bass down in double drop D (DADG sub-contra) that I’ve augmented as well. I used the Line6 POD HD Pro for both bass and guitar tones. In production we tracked everything through a Warm Audio WA76 and a Neve preamp clone, and that was about it for outboard gear. Mixing was almost entirely “in the box” using a healthy selection of Slate Digital, Soundtoys, and Waves plug-ins.

Q: If I’m not mistaken, you’re also self-produced? Do you have a preferred DAW?

A: Nott is indeed self-produced. I write everything and recorded all of the pre-production, then tracked final guitars/bass and bounced the Toontrack drums from Reaper. Vocals were tracked in Pro Tools with the engineering mastery of Lance Fohrenkam –who has worked on every Nott release to date. Lance did the mix in Pro Tools, and then we mastered in Logic.

Q: If you could collaborate with any artist (dead or alive) on an album, whom would you choose?

A: This is such a difficult question. If I had to pick only one I think it would have to be Ahab’s Daniel Droste. There are so many people that came to mind, but the album I imagine we’d make is the one I’d want to hear the most as a fan.

Q: Following the release of this album, what does the future of Nott look like?

A: The plans thus far are to create the live band and begin playing shows, and then begin LP2 when the time is right. I can’t say for certain what the future holds, but I know what I want to make happen.

Q: That’s all we have! Do you have any last words for the people out there?

A: Thanks for spreading word of Nott, and thanks to everyone for their support!