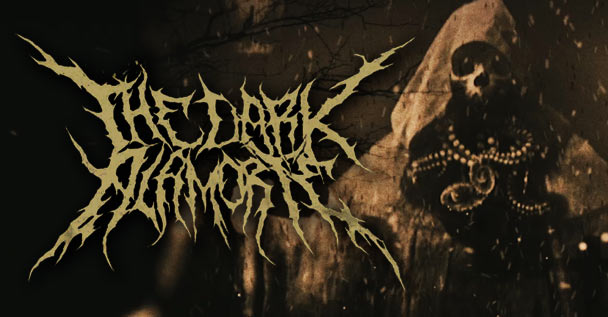 Are you seeking massive, dark sounds? Look no further! The Dark Alamorté provides an excellent, ambient, melodic take on the Death Metal sound. Between four highly talented members and a noteworthy collaboration with Impact Studios, they’ve been quick to make a dark mark on the metal underground!

Produced, mixed, and mastered by Buster Odeholm (Vildhjarta, Humanity’s Last Breath), the band has launched their debut single by the name of “Cruciform” and it’s an absolute mosnter of a track! If you consider yourself to be a fan of extreme metal music, put this one down as a “must listen”.

The track is currently available for streaming and purchase on platforms like Bandcamp, Spotify, CD Baby, iTunes, and YouTube!

Here’s the official word from the band in support of this:

“With this band, solely in mind, I wanted to progress as a person and as a musician. I was interested in bettering myself in my craft and to really push my limits. From the forefront, I didn’t want to be unoriginal. I wanted to have OUR sound. OUR name in music. People follow trends. People hate “different”. A lot of people talk shit on what they don’t know, or what they can’t know.

“Everyone dreams of hitting the lottery. Striking it rich. Hitting “the big one”. Well, The Dark Alamorte’ is MY lottery. A couple years back, I became rich in friendship with three musically skilled individuals who work HARD at their craft. Being the front man of this bone-crushing metal act is an honor. TDA and I are ready to share what we’ve put together with the world because there are so many more colors to darkness other than black. I have my paintbrush ready.” – says Quinn (Vocals).

“Working with such skilled musicians really helped not only my songwriting, but the understanding why structure is important. The Dark Alamorte’ has allowed me to explore more traditional death/Black Metal-styled drumming, while still maintaining my groove based technique and I love that. Creating this has felt nothing but natural and free. We have such a solid foundation of the business, but most importantly: the friendship.” – says Manny (Drums)

“The Dark Alamorte’ is not just a band name. It’s a feeling. A mood of emotion that traps your mind into your heart. Alamort: the feeling of exhaustion; half-dead. It’s the darkness that one feels when they’re exhausted of everything. The feeling before isolation of oneself. The anger you feel before release. I want the listeners to feel the darkness of “Alamort” when they hear the Ambient Death ringing through speakers. I want them to feel liberated.” – says Jacob (Guitar).

After a solid year of working in the studio as whole, The Dark Alamorte’ kept writing and preparing for the next move. Teaming up with the mighty Impact Studios (owned by Buster Odeholm of Humanity’s Last Breath), preparation for the first release was commenced. 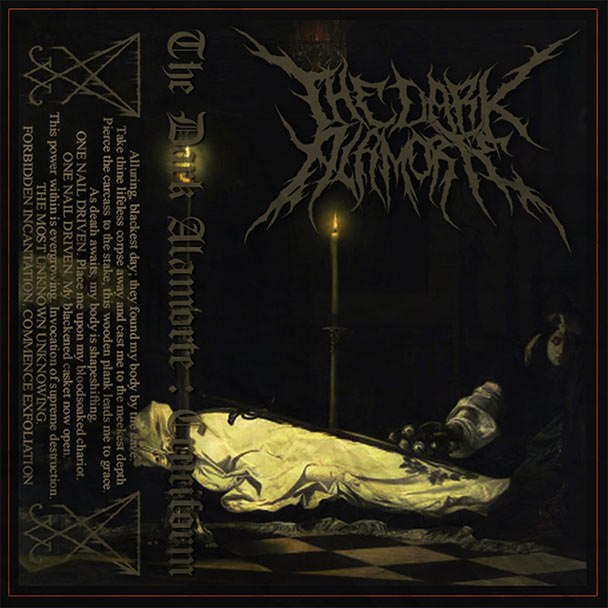