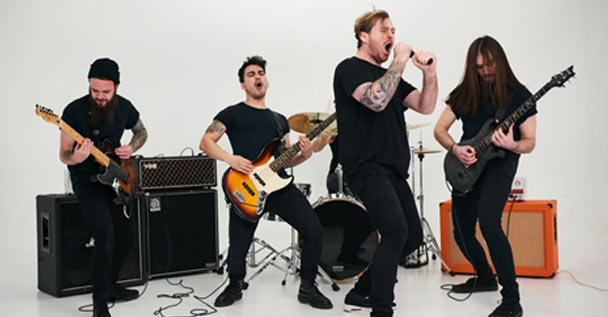 London hardcore punks COPE have released a video for new single Empire ahead of a six-date UK tour supporting wars and MSRY.

This is the first taste of new material from the band since 2018’s Wounds, which was premiered in Metal Hammer last July. It sees the band sounding precise, determined and more aggressive than ever.

Last weekend, they supported wars at The Shed in Leicester on Saturday before appearing alongside wars, The Last Ten Seconds of Life, Lotus Eater and more at Bridgewater’s The Cobblestones on the Sunday.

COPE founder Josh Bowles says: “We’ve been focusing on churning out material for our debut full-length these past six months. But when we finished Empire we knew we had to record it right away.

“It’s a great representation of where we are as a band – and so relevant today, given how cynical people are getting about the state of British politics.”

COPE frontman Tom Walker adds: “Recording the video for Empire was a blast, but it did take its toll on me personally. I went to the chiropractor the following day and discovered I’d given myself whiplash! Still, they do say you have to suffer for your art it was 100% worth it.”